Two years after the release of Jennifer Gentle’s critically acclaimed Sub Pop debut Valende, the Italian psychedelic avant-pop explorers are back with The Midnight Room.

Since Valende’s 2005 release (the first album by an Italian band ever released on Sub Pop), they’ve kept themselves quite busy. In addition to international touring in the US, UK, EU and most recently China, they’ve put out a couple of more experimental releases with the recent A New Astronomy CD, and last year’s Sacramento Sessions limited-edition LP on the Italian label A Silent Place. As well, US label Empyrean Records has plans for a 2007 re-release of their second album Funny Creatures Lane, and they’ve also been recording the soundtrack for a documentary about legendary British producer Joe Meek.

Other things happened too: drummer Alessio Gastaldello left the band and Jennifer Gentle is now solely the project of founder and songwriter Marco Fasolo. Marco wrote, performed and produced the entire new album alone in his Ectoplasmic Studio, a rambling old house lost in the foggy plains of Northern Italy, infamous for its previous owner’s suicide by rifle.

Maybe it was because of the isolated location or a result of the turmoil he experienced in his own personal life, but Marco’s music has evolved and The Midnight Room is a departure from the band’s trademark sound. While the psychedelic references are still there, they are more oblique than ever. This time the music pulses with a nocturnal, feverish, hallucinatory emotional atmosphere, making for a truly unique aural experience.

Informed by a deep love for American ‘50s rock n’ roll and European musicians like Nino Rota and Kurt Weill, The Midnight Room is by far the most personal Jennifer Gentle album to date. Focusing on the possibilities of the quintessential rock combo (two guitars, bass and drums) and enriched by swirling keyboard touches (plus the demonic bell heard on “Granny’s House”), Marco has created an album that feels like music from some forgotten amusement park at midnight. The results are ten, tight, visionary tales of the mysterious and the grotesque, twisting and turning in the most unpredictable ways with intricate guitar interplay and weird rhythmic patterns.

Opener “Twin Ghosts” is a darkly soft paean to the night, sounding like an improbable meeting between Ricky Nelson and Nico. And there’s so much more here: the baroque counterpoints on “Quarter to Three,” the limping pop hooks of “Electric Princess,” the nightmarish Beefheart-ian stomp of “Telephone Ringing,” and the ghostly fanfare of “Mercury Blood.” Every track is a surprise, the album a carousel of carefully built melodies, recurring musical themes, dizzying arrangements, and tricky sonic solutions. And all of it is paired with Marco’s chameleon-like vocal performances—detached and shadowy on “The Ferryman,” marionette-like on “Take My Hand,” darkly ominous on the sci-fi imbued “Come Closer.” 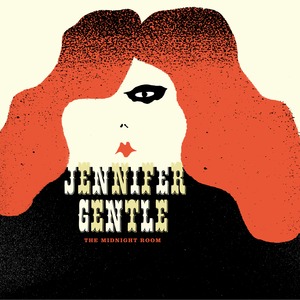