Artist Info
As the founding member and leader of the Grammy Award-winning American rock band Wilco, and before that the co-founder of the alt‐country band Uncle Tupelo, Jeff Tweedy is one of contemporary music’s most accomplished songwriters, musicians, and performers. Jeff has released three solo albums, written original songs for eleven Wilco albums, and is the author of two New York Times’ Bestsellers, Let’s Go (So We Can Get Back): A Memoir of Recording and Discording with Wilco, etc. and How To Write One Song. Jeff’s third and most recent solo album, Love Is The King, released in 2020. He lives in Chicago with his family.

This just in! The illustrious Jeff Tweedy, Nairobi electro-punk-metallers Duma, and the NW’s own BNH Deluxe are now part of the Sub Pop Singles Club Vol. 6! 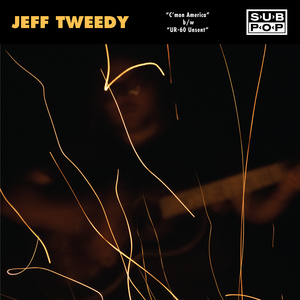