HIDE are an electronic duo based in Chicago. Together since 2014, the pair create sample based compositions using a combination of self sourced field recordings  and various pop culture/media. Releases include 2016’s Black Flame ep which is dedicated to the memory of Reyhana Jabbari, a 27 year old Iranian woman who was hung for allegedly killing someone who trying to rape her, and deals with various human rights violations in Iran. HIDE’s 2017 debut album “Castration Anxiety” addresses issues of power dynamics and representation. Seething with textured yet minimal tracks, HIDE gives raw vulnerability an opportunity to unfurl, yielding an album that calls for personal autonomy and the destruction of anything barring the way.

HIDE’s Sub Pop 7” release touches on the phenomenon of internalized misogyny and aspects of child abuse and motherhood. HIDE’s second full length album “Hell is Here” is slated for release late summer 2019 on Dais records. HIDE cut their teeth in the DIY spaces of Chicago and have continued touring vigorously since. Known for their energetic live performances, the duo also work as interdisciplinary artists together, creating films and visual art installations.

Washed Out shares Amtrac remix of “Hide,” a standout from Purple Noon 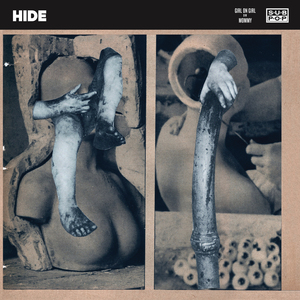