WHERE FROM:
Chicago, Illinois

WHERE NOW:
Still in Chicago.

HOW FORMED:
After leaving Five Style, guitarist Bill Dolan started the band. Members of the Chicago art mafia heeded the call and came together to play. They toured to fund the recording of their debut album.

“The compositional process is spread across the band. It doesn’t matter who brings the idea; once we have finished working on it together, it belongs to everybody. We’re interested in being musicians for our lives. This is what we have chosen to do.” – Doug McCombs, bassist for Tortoise, collaborates with fellow musicians from Heroic Doses.

“Prog references aside, Heroic Doses’ self-titled debut on Sub Pop is a 13-song primer on how to play the guitar and the drums.” – John Davis 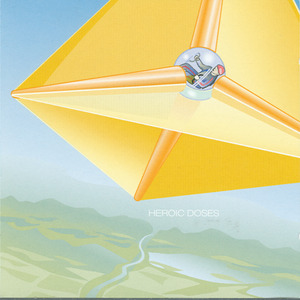