Hand Habits is the songwriting outlet of guitarist Meg Duffy. Hand Habits’ debut album, Wildly Idle (Humble Before The Void), released by Woodsist Records in 2017, was entirely self-produced and recorded in Meg’s home in Los Angeles during spare moments when they weren’t touring as a member of Kevin Morby’s band. Two years later, Hand Habits returned with their sophomore album, placeholder. Meg has toured as a guitarist with Sylvan Esso, and has recorded on an extensive list of albums including features on War on Drugs, Weyes Blood, William Tyler, Fruit Bats, and many more. In 2020, Meg joined Perfume Genius as a touring guitarist and 2021 has already found the release of a new EP, dirt (Saddle Creek), and a collaborative instrumental album, yes/and (Driftless) with Joel Ford. Hand Habits’ next LP, produced by Sasami Ashworth, is out later this year on Saddle Creek. 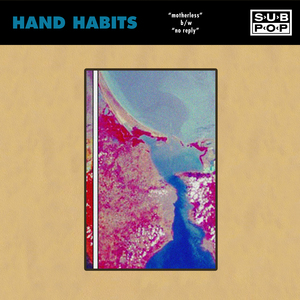