That Joel Thibodeau’s slender, winsome voice is at once so comforting and so unsettling might be the greatest of his many strengths. Reed-thin but sturdy, youthful but somehow ageless, its deep benevolence is also slightly eerie, and the way he gently walks the line between intense feeling and contemplative remove lets him sing from a timeless place where he evokes the beauty of vanished people and places, sweetness too profound for words, loss too great for tears.

Like Nico’s, Jimmy Scott’s, or Phil Elverum’s, Joel’s is a voice that demands its own sonic and lyrical world, and with Island Intervals, his third record as Death Vessel (and second for Sub Pop), we’re treated to the sound of him finding a rich and strange new home among new friends in Iceland who probably saw him as a long-lost relative. Joel’s an inveterate and intuitive wanderer; when I met him years ago, he’d just spent a few months traveling the United States on Greyhound buses, sometimes sleeping rough, and making a record from found moments. I remember he had an otherworldly quality about him that I couldn’t quite name, like he’d just blown in on the wind.

Island Intervals springs from a more recent journey. For his first album since 2008’s acclaimed Nothing Is Precious Enough for Us, Joel traveled to Reykjavík on an invitation from Sigur Rós singer Jónsi and producer Alex Somers, where they spent three months together conjuring an album that’s both a song cycle and a window into a mysterious and singular landscape. From the creaking bellows of the pump organ that opens the astonishing, hymn-like “Ejecta,” to the fragmented voices that sway and swirl through the closing “Loom,” Island Intervals wraps Joel’s voice and furtive guitar in sounds that evoke not so much a band playing as elemental forces of earth and water; multi-instrumentalist Pete Donnelly (The Figgs, NRBQ) along with percussionists Samuli Kosminen (Mum) and Thorvaldur “Doddi” Thorvaldsson assist Somers in creating a rich and multi-layered world that sounds, at times, like a well-tuned forest sighing and bending in a gale, or the deep cracks and booms of a glacier calving its way to the sea.

Along the way, one revelation after another approaches and withdraws, as each song shifts between sonic vistas so vast and deep they inspire head-shaking awe and a focused closeness so intense that it seems equally grand. It’s like a sonic version of the short film Powers of Ten and clearly the product of obsessive effort, but it all feels very alive in a way I’ve never quite heard before. Joel somehow captures the moments of life when we see ourselves most clearly in realizing who we aren’t, moments of opening doors with joy and closing them with respect, and of the terrors and delights of glimpsing our own lives in a universal context. Songs like “Mercury Dime” and “Island Vapors” tumble headlong and downhill, while “Ilsa Drown,” a collaboration with Jónsi, captures the unearthly delirium of a climb above tree line. That’s a hell of a bar to rise to lyrically, but Joel does it again and again, with tangles of words knotted into language that evokes a stuttering clarity.

But it’s a clarity that can’t last. “I don’t know how to behave when there’s nothing in my way,” he admits in “Loom,” a little ruefully, and it’s easy to imagine him making his bed before dawn and leaving the chorus in a note by the door: “I don’t want to owe you my only open road to goodbye.” And then, just like that, he’s gone. Island Intervals lives in the spaces between running away and letting go, and finds its author embracing a life whose most solid, real moments loom and vanish, like a range of mountains that emerges from a bank of low clouds, and just as suddenly slips away. 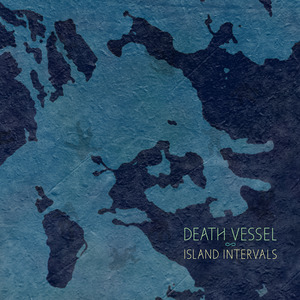 Death Vessel Nothing Is Precious Enough for Us CD / LP / Digital