Daniel Martin Moore is a singer and songwriter (and a great many other things arguably less relevant to this particular piece of text) from Cold Spring, Kentucky. On the strength of an unsolicited demo he sent us in January of 2007, Sub Pop released Stray Age in October of 2008, a quietly striking album and Daniel’s debut full-length. And, in February of 2010, we released Dear Companion, an album written and performed by Ben Sollee and Daniel Martin Moore together, and produced by Jim James from My Morning Jacket and Monsters of Folk. Part of the intention with Dear Companion was to draw attention to the problem of Mountaintop Removal (MTR) coal mining, but the music stood on its own as well (Filter: “This is one painfully beautiful record”). Between the release of Stray Age and now, Daniel’s been busy, touring with Ben and Jim (including a July ‘10 performance at the Newport Folk Festival), opening for Iron & Wine, The Swell Season and My Morning Jacket, appearing on NPR’s World Café, doing the things associated writing, recording and releasing music.

In the Cool of the Day is Daniel’s new record and here’s what the aforementioned Jim James had to say about it:

daniel martin moore’s in the cool of the day all started with an old piano, situated in the heart of cincinnati’s wvxu studios. what had been scheduled to be a routine interview and in-studio performance turned into otherworldly inspiration when moore sat down and plunked away at the old 9-foot steinway, once used as the main instrument by the cincinnati symphony orchestra. god spoke to moore that day through the ancient piano’s reverberant tones, and expanded upon an idea that had already planted itself in the young singer/songwriter’s head some time before: to make a “spiritual” album of time-tested, family gospel favorites remembered from growing up, but to also add a few new tunes of his own in the same vein. said god to moore through the bass notes resounding off the old soundboard, “make this album for your family, but also release it unto the world as your next studio recording.”

so… inspired by god, the old piano, and the good energy of the radio station studio itself, moore called upon longtime friend and drummer daniel joseph dorff to help him make his dream of a modern but time-tested, family-friendly, spiritual recording a reality. moore and dorff sat down at the old concert grand and started working through the songs of moore’s past; reflecting on how he remembered his mother and grandmother singing them to him as a child; or belting them out himself with the choir on sundays in church. taking those memories and melding them with his present feelings on spirituality, daniel made something new and modern, a fresh take on “gospel” music all his own.

they set out to keep things simple, to let the beauty inherent in the songs shine through, and most importantly to have fun and not feel bound to the classic interpretations of the songs. they changed a lot of them in small ways, leaving out a verse here and there and even adding some new ones. rather than make a paint-by-numbers “gospel” album, they have tried to present these songs as moore remembered them, as a reflection of, and meditation on, growing up with this musical tradition. and that is the beauty that can be found when listening to in the cool of the day. it’s a spiritual record that may have come from growing up in one particular tradition, but is built to speak to the heart of any soul, from any tradition or walk of life, to say that god, while sometimes called by one particular name, is anywhere and everywhere one could ever want “god” to be, present always in the love we give to and receive from those around us. as the great marvin gaye once sang, “god is love/love is god."

in the cool of the day sings in the same way.

There are a lot of ways to express faith. One of ours is in releasing Daniel Martin Moore’s In the Cool of the Day. We hope this record becomes one of yours. 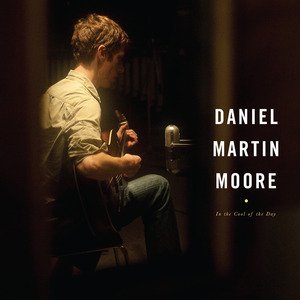 In the Cool of the Day

Daniel Martin Moore In the Cool of the Day CD / Digital