Formed in 2003 in São Paulo by a group of friends with an unquenchable thirst for good times and indulgence in all things pop and art, CSS rose to notoriety with the help of a thriving creative community, underground club scene and a little thing called the internet. Pulling together their numerous talents, the band drew legions of international followers entranced by a universally accessible, albeit original and off the wall, look and style.

The first South American band to be signed to the label, their debut album Cansei de Ser Sexy (Portuguese for “Tired of Being Sexy” – something Beyoncé Knowles once said she was) was released on Sub Pop in July of 2006. Danceable electro/rock songs littered with pop culture and sexual references translated with ease from the virtual online to live audiences, making CSS one of the most in-demand live shows from Europe to Japan. The band found themselves on the road with the likes of Gwen Stefani, Klaxons, Ladytron, and Diplo on an unending world tour.

The constant touring kept the spotlight fixed on the band and their popularity steadily growing. Early on, The New York Times described CSS as, “a gleeful throwback to early-1980s art-school pop,” on whose debut album, “smart, insubordinate fun reigns…” The Guardian pegged them as, “an unlikely, brilliantly wrong fusion of Tom Tom Club, dance culture and the Fall.” Under the Radar commented on Cansei de Ser Sexy, “CSS’s debut is the real deal: eleven cuts of infectiously syncopated, tuneful post-punk that just may be the summer’s perfect soundtrack.” Soon, vocalist Lovefoxx showed up at #3 on NME’s 2007 “Cool List.” And, in late 2007 the band’s “Music is My Hot, Hot Sex” was used in a worldwide iPod Touch ad, driving the song, nearly a year-and-a-half after its release, to become the highest charting single by a Brazilian band in the history of the Billboard Hot 100 chart.

In November of 2007, the band began to craft their follow-up album, Donkey, in their São Paulo studio. Produced in Brazil by the band’s own Adriano Cintra and mixed in Los Angeles by Mark “Spike” Stent (whose credits include Madonna, Bjork, Massive Attack, U2, M.I.A., and Arcade Fire), Donkey is tough, street-ready, and recreates the frenetic energy of their live shows. And really, with CSS the live show is the thing. Equal parts dance party, urban circus, and out-and-out chaos, the band’s unaffected, unbridled joy in performance is for real and for you. The new album’s 11 tracks, honed to sharp perfection, shine bright and sacrifice none of the aggressive, unpretentious edge their audiences around the world have come to love. This summer it’s time to ride the Donkey! 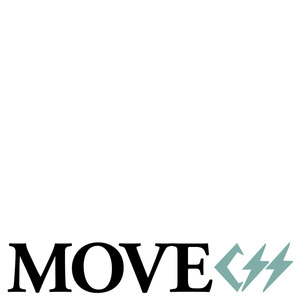