On Chappaquiddick Skyline, Joe is joined by Pernice Brothers bandmates Thom Monahan, Peyton Pinkerton, Laura Stein, and Mike Belitsky, as well as countless friends who stopped by to help out. It was recorded at home on 8-track with Thom manning the knobs.

While we all suspect that there’s some East Coast, Kennedy-inspired mythology behind the new moniker, that’s all nothing more than speculation. Joe’s story follows:

Not every kid makes the team. They’re almost always good kids. Maybe a little overweight, maybe they think with the other side of their brains, who knows? I used to know this kid who really wanted to be a good hockey player. He had all the desire, but was simply too nice a guy. Once, during a particularly frustrating game, he popped his main spring and started screaming and punching the glass like a maniac. The whole crowd, the underemployed fathers half in the bag, the mothers starving for love, the young kids with their pizza-burned mouths and new, disturbing thoughts of copulation, froze and were actually silent for what seemed like an hour. I think I was ten. Needless to say, that kid didn’t return for the next period, or the next game, or to school. Soon no one heard from him at all. It was as if he dissolved, and as I grew up, I’d wonder about him. A couple years ago I learned he was some hot-shot physicist, probably more well adjusted than many of us, certainly me. And he did have a pretty fair wrist shot.

Not every kid makes the team. The songs on Chappaquiddick Skyline are a lot like that kid.

Joe continues crafting songs for the next Pernice Brothers record as he keeps his distance from the hockey rink. 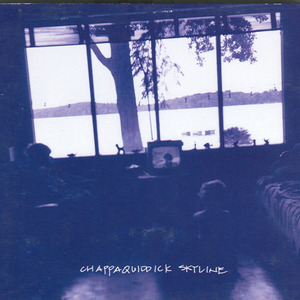