Drooling Hillbilly Metal, Sea Urchin Psychedelia, Yukon Freak Thrash, and Beatnik Swamp Drone are musical genres, like dozens of others, which are in the infancy of their developments. Yet someone has finally harnessed the inside track to claiming a few of these elusive styles as their own creations. AFCGT is a rather convenient vernacular for “A Frames” and “Climax Golden Twins” but if you’re hopeful that the usual sources are stocked with facts and figures about this outfit, think again. There’s not much information available on AFCGT. I remember those slow, manageable, pastoral times before the internet spy cam invaded our cerebral cortex when we had to depend on our own imagination and intuition to guide us. And just like the tail end of those glory days when cell phones were the size of a breadbox, if you want to get all up inside this AFCGT nucleus and handpick a quick fact or two, you’ll get your right arm sawed-off by razor-sharp rhythmic white noise. The cretinous calliope that is AFCGT descends from a decrepit longhouse on the shores of a dark lake where the self-inflicted wounds from a windy forest of flailing, whipping branches gave birth to the white heat oddities from their self-titled new album on Sub Pop Records. Conjoined a little over two years ago, the group has already been dishing out vinyl; recording a 10" EP, a full-length LP, and appearing on a 7 inch compilation not to mention a few super-limited CDRs thrown in for kicks. With 3 electric guitars, a bass guitar, and a drum kit they manage to emulate the decaying soundtrack of an international airport with all the trimmings; accidental runway collisions, air traffic control extremism, unauthorized handling of cargo, and bitching passengers at checkpoint screenings. I heard a couple of them used to work with torches deep inside jet engines at Boeing’s secret facility up north and all but lost their hearing because of it. That may help explain the loud racket these guys like to make but truly, all one can do is speculate.

As you may have guessed by now, AFCGT aren’t interested in rolling out a red carpet for their listeners. In fact you may need to bring a flak jacket and a metal garbage can lid for protection. And if there’s a method to construct an invisible electric fence to keep all the persistent inquisitors at a distance, they are sure to hone in on it. The inquiring mind of music journalism is livid: “Who are these guys and why don’t they ever show their faces in photos or on the jackets of their records?” Any of them could pass for random criminals seen on “wanted” posters or bank heist videos. I’m not sure how many crimes remain unsolved but it wouldn’t be worth law enforcement’s precious time to stake out the group’s heavily-attended local shows because a Taser couldn’t possibly bring any of these guys down to handcuff position, especially the one in the back who mimics epileptic seizures. One of them is rumored to wear wigs and another may have three layers of rubber skin pasted over his scalp to give himself a post-military appearance. There’s a rather mysterious one who lives in an old rusty shipping container surrounded by overgrown vegetation and his social skills have been compared to that of a pissed-off wolverine. Don’t even begin to ask for their names or other private details. They’ll tell you they were born in Havana, Vladivostok, or Wyoming.

When a bunch of crazy bastards assemble, there’s inevitably the issue of one-upsmanship to deal with but not here. This is an amazingly cohesive unit considering the fact that most groups larger than a trio never develop because their measly sensitive egos tend to get in the way of progress. In the spirit of true kinship, AFCGT has been spotted pounding nails into each other’s foreheads before they take the stage. The story goes that they began with thin paneling nails and have graduated to the quarter inch plywood variety. Listen to “Nacht,” one of many outstanding tracks on this record, and experience the art of reverse speech executed to perfection by the only member of the group known to actually vocalize in public. You may never notice but sometimes they employ guitars the size of a harmonica and even those “accessories” are more like defective Chinese fireworks backfiring all over the collective consciousness of the average fairy duster’s Les Paul. For all the cacophonous topography these guys traverse, one would expect a carefree attitude of approximation when it comes to composition or performance yet this conglomerate tighten up with the best of them while organically splattering noise shrapnel amplified to maximum volume to obliterate that fragile space between your ears. And in case you’re new around here or haven’t been educated properly, ‘Grunge’ has not been invented yet and AFCGT is making sure it stays that way. 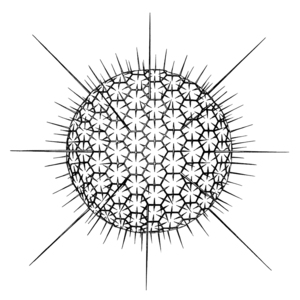