Making good on our promise to give to you, over the course of the next several days, live video clips of five songs from Endless Now, here is your second video installment, this one for Bones.

Here again is the full schedule for the COUNTDOWN TO ENDLESS NOW:

Male Bonding’s new album Endless Now comes out on Monday, August 29th here in these Untied States and in the UK and Europe on September 5th. A few weeks back the band played the entirety of Endless Now in London at the Buffalo Bar’s 10th anniversary party (why not read about it on Male Bonding’s often very entertaining blog?). And because we could not all be there to see this performance and also because we are deeply interested in convincing you of the excellence of this new Male Bonding record, we paid Conan Roberts much, much less than he is worth to film the show.

And now we are going to give to you, over the course of the next five days, live video clips of five songs from Endless Now. The first of these is for Tame the Sun.

Here’s the full schedule for the COUNTDOWN TO ENDLESS NOW:

The band is running a contest for this video over on their website this week! Check out their site to find out how to win!

Get more on their upcoming release Creatures of an Hour here! 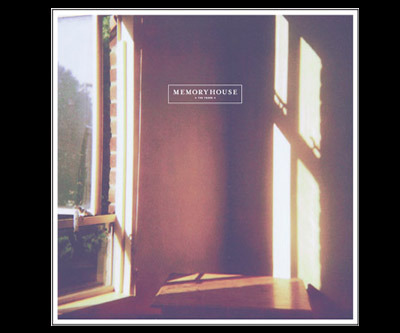 On September 13, we, the people of Sub Pop Records, will release a fully re-recorded, remixed and remastered version of Memoryhouse’s The Years, adding two new tracks entitled “Modern, Normal” and “Quiet America.” While technically an expanded and improved reissue, this version of The Years will be the first time the EP has been made available on CD or LP. This is exciting. Also exciting: with the release of The Years the band will be touring the US as main support on a slew of dates with Peter Bjorn and John as well as The Radio Department (see below for a list of shows, with more dates to be announced soon.)

The band also has a new video for their song “Quiet America” which was directed by, and stars, Memoryhouse’s own Denise Nouvion, and was edited by Jamie Harley, who also happens to have directed Memoryhouse’s video for “Heirloom” as well as How to Dress Well’s “Decisions” video. We think this is all pretty swell. You can watch this filmic gem by checking out the band’s website.

For more information on Memoryhouse please check out www.memoryhou.se as well as their subpop.com artist page.