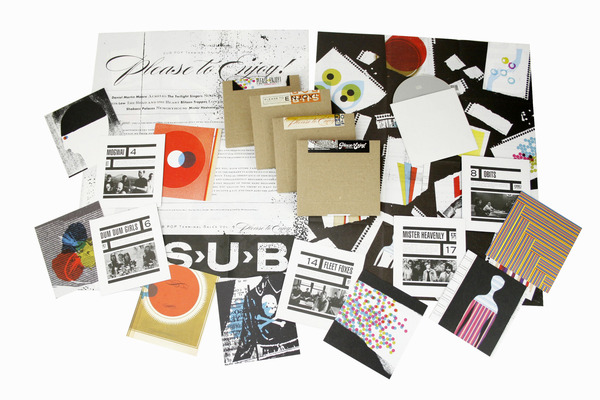 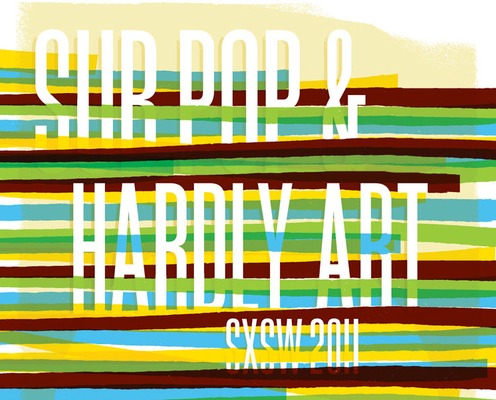 SXSW is right around the corner, and once again we’ll be joining our pals Hardly Art for our showcase on Friday March 18th at Red 7.

Also make sure to check out these other Sub Pop bands at these places:
Wednesday 3/16: Low, Memoryhouse, and Vetiver at St. David’s Historic Sanctuary
Thursday 3/17: Mister Heavenly at Beauty Bar

Check back often for updates on other shows our bands will be playing throughout the festival.

Papercuts are set to release their Sub Pop debut, Fading Parade On March 1st 2011. In anticipation of our first official date with Papercuts, we here at Sub Pop have decided to share the love with a whole lotta Papercuts-related offerings . First off, the 7" for “Do What You Will” comes out today, February 1st! We hope you might remember that we gave out a free download of that A-side last month and our continued hope is that you’ll like that song enough to add the single your 7" collection. By the way, you can order that 7" “Do What You Will” single here.

While we are in the sharing-the-love kind of mood, we’re also presenting 2 new free MP3 downloads as of today; the exclusive non-album track “UFO” and the gorgeous first track off of Fading Parade, “Do You Really Wanna Know”. These songs are currently only available now via the Papercuts mailing list and you can sign up for that list on their artist page or in the handy little widget below.

We also happen to have a brand new video in today and we posted it above so be sure and watch this recent performance of “Do You Really Wanna Know” that was shot in San Francisco by our friends at YoursTruly. We have another really great performance from this show that we’ll be posting soon too, so be on the lookout for that as well.

You say you still want more exclusive music from Papercuts? Well then, you should pre-order Fading Parade via SubPop.com because you will receive a Sub Pop CDR of bonus material with 3 brand spanking new songs, made for you, with love. You can order that one here

Before we go, one more important bit of news: Papercuts have also just announced a headline tour beginning on March 12th in San Diego ending on April 9th in their hometown of San Francisco! The band will be playing a handful of dates this month with fellow label-mates and friends, Beach House. See their tour page for a full list of dates.

Be sure and check out updates from Papercuts on their Facebook page and also look to their artist page on subpop.com for anything you might’ve missed.

With 2011 now well and fully upon us, we here at Sub Pop Records of Seattle, WA have the altogether enviable good fortune of sharing with/foisting upon you a new song from the upcoming Papercuts album Fading Parade! Fading Parade will be in record stores near, far and as many points in between as we can possibly manage on March 1st. You can listen to the debut single, “Do What You Will” by clicking here.

We are also releasing a Papercuts 7" single for “Do What You Will” b/w the non-album track “Thoughts on Hell” on February 1st. You can pre-order this 7" by clicking here. If you are as into the idea of pre-ordering records as we are really very fervently hoping you are, then maybe you would like to know that if/when you pre-order Fading Parade via Subpop.com (only) you will also receive a free limited-edition CDR of 3 unreleased bonus tracks! You can get with pre-ordering the record here.

Lastly, Papercuts will be on tour with friends/label-mates Beach House in the beginning of February. Full list of tour dates!