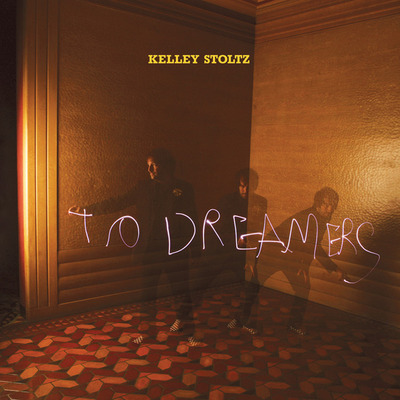 Tuesday, October 12th is quickly approaching, and those of you who have already placed your order for Kelley Stoltz’s new record, To Dreamers, good for you—you’re guaranteed a copy of the Limited Edition Bonus CDR featuring five tracks unavailable anywhere else. Those who haven’t, don’t worry, you still have time, Tuesday is still a few days away. Anyway, here’s just one of the tracks to whet your appetite. 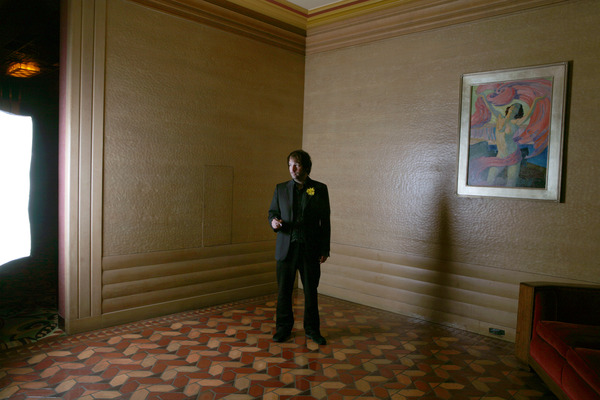 Here at the magnificent Sub Pop Records HQ, we have excitedly circled October 12th on our calendars. We are impatiently marking a giant X on each spent day, eagerly anticipating this fateful day in our not all that distant future. I presume to know you are thinking: “What makes October 12th so special anyway?” That is a fair question. And I will tell you. October 12th is the day on which we at Sub Pop Records have the great privilege of presenting you with To Dreamers, the new record by Kelley Stoltz! Now you see what we are so excited about!

The good news does not stop there, friends! We are also pleased to let you know that if you pre-order To Dreamers by October 12th, along with your CD or LP, you will also be given a limited-edition CDR featuring 5 songs by this same Kelley Stoltz that can only be described as “currently unavailable anywhere else.” So, a To Dreamers pre-order will get you: the CD or LP (the vinyl configuration has an extra track not found on the CD, called “Technicolor Man,” and includes digital download of the entire album), the limited-edition CDR, some stickers, and immediate access to a stream of the entire album. You are welcome!

We have had the decidedly good fortune of working with and getting to know (verrrry intimately…) Kelley Stoltz over the past several years and albums. And, in addition to being just remarkably, borderline infuriatingly, talented, we have found him to be a uniquely funny, endlessly charming guy who is conversant in all manner of interesting subjects, from home recording to kumquats.

So with this in mind, in August of 2010 we sent the guys from YoursTruly to meet up with Kelley in their shared hometown of San Francisco. They successfully got him to talk about his thoughts on music and the process of working on his upcoming record, To Dreamers (Sub Pop, 10/12/10). We found the end result to be a pretty spot-on look at what we love about both Kelley and his music. Which is to say, we like it.

As a result, in what may or may not wind up being a somewhat, semi-regular feature here on the Sub Pop web concern, this video is now the inaugural installment of PLEASED TO MEET ME, wherein we will introduce you to people we already know (who, typically, also happen to record for the Sub Pop label) and who, really, you should know too.

We hope you enjoy.

The mighty Sub Pop is having a HUGE showcase at 2008’s SXSW in Austin this year. How huge is it? Two stages huge!

Our showcase will be on Friday March 14th at Bourbon Rocks and Bourbon Rocks Patio which are both connected, but not really connected. Bourbon Rocks is located at 508 E. 6th St. (6th and Neches) and doors are at 7:15pm.

Here’s how the whole shebang will go down: 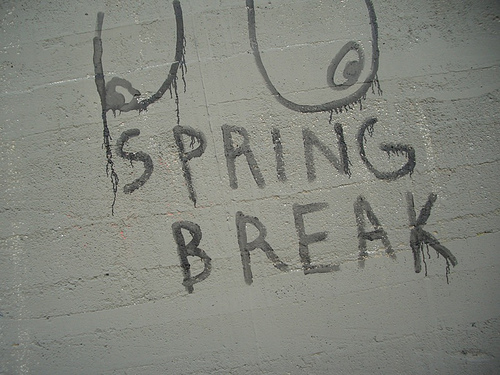 Hoping to see all that Sub Pop has to offer but you can’t make it to our sure to be sold out showcase? No problem! Here’s a list of parties where you might be able to catch some Sub Pop bands:

Kelley Stoltz will be playing 3/14 at WFMU Showcase (8pm).

Eugene Mirman will be doing comedy all over the place at the Don’t Mess with Texas Party on 3/15. 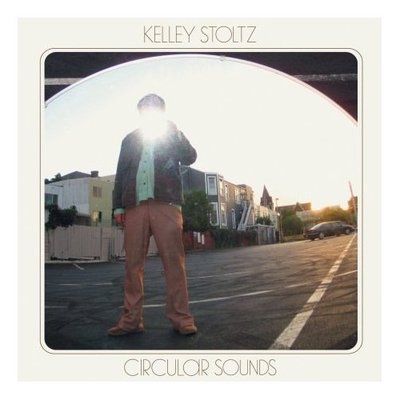 It must be a gift from Zeus, or Jesus or whomever to have jobs where we almost never have to feign enthusiasm about the music we’re putting out. On February 5th, we’re releasing Kelley Stoltz’s
new album Circular Sounds. And it would be pretty nauseating if we were any more excited about it. It’s that good. But, don’t just take my word for it: buy it! From the here’s-me-trying-to-persuade-you dept.: We’ll toss in a couple of stickers and a button if you do! Because that’s just how we do.

A little more about Circular Sounds:
Circular Sounds is the fourth LP from San Francisco’s home recording auteur Kelley Stoltz
. Its 14 songs are a stereophonic advance on the lo-fidelity psych-fuzz of Antique Glow (Beautiful Happiness, 2004) and the mid-fi piano-rock of Below the Branches (Sub Pop, 2006): two modest masterpieces which, by a curious coincidence, both made #24 in MOJO magazine’s “Best Albums” list for their respective years. Kelley has also been praised by such esteemed publications as Uncut, Rolling Stone, Q, The New York Times, Entertainment Weekly, Time Out London, The Independent, and Ptolemaic Terrascope.

Circular Sounds is very much a pop record, in the classic ’60s mold. The horn-and-harmony-soaked romance suggesting Love covering “Good Day Sunshine” of “Everything Begins,” and the glorious, garage-psych dilation of “Your Reverie” are amongst the album’s 14 highlights. And these tracks boast Kelley’s fullest production to date: radio-ready yet retaining the organic warmth that gave his earlier work its character. He is no longer a marginal, ‘lo-fi’ artist: “I work in a second-hand record store and that’s made me more of a hi-fi advocate. It’s hard for me to listen to stuff that was recorded on a cassette player nowadays. By the last record I was mid-fi. I think I’m mid-hi now!”