Today, LA’s Moaning share the video for “Connect The Dots,” the latest single from their highly anticipated sophomore album, Uneasy Laughter. “Connect The Dots” was directed by Campbell Logan.

Of the track, Sean Solomon says: “The song is about realizing you need help and being brave enough to ask for it. It’s a misconception that asking for help is a sign of weakness. In reality it’s one of the hardest things you can do.” “Connect The Dots” was directed by Campbell Logan who notes “I created this video with the intention of inspiring self-forgiveness, something I think we should all practice. Making it gave me the opportunity to practice an approach that I like to call Filmmaking Simulation, which is a process of doing film production using virtual cinematography, set design and performance. The result is photorealistic and mimics live action. We had an extremely quick turnaround on the video, but were able to complete it in a little over a month, and despite these hurdles I’m so proud of it!”

To celebrate the release of Uneasy Laughter, Moaning will be streaming a virtual listening party via Youtube on Friday, March 20th at 11am PST / 2pm EST. WATCH HERE. 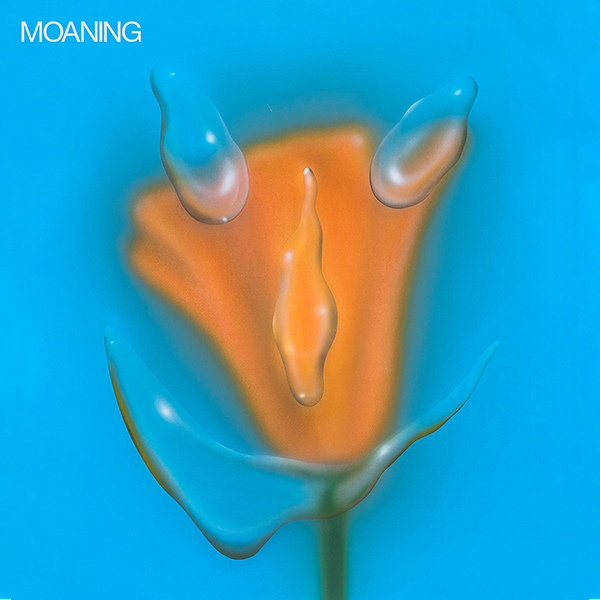 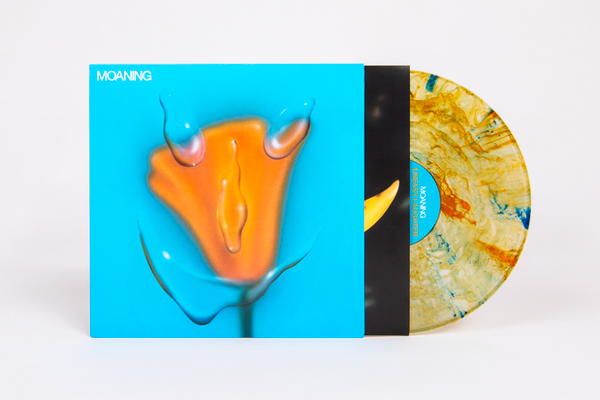 Uneasy Laughter is available for pre-order here and will be out this Friday, March 20th. LP orders through megamart.subpop.com and select independent retailers in North America will receive the limited Loser edition on clear w/blue and orange-colored vinyl (while supplies last). 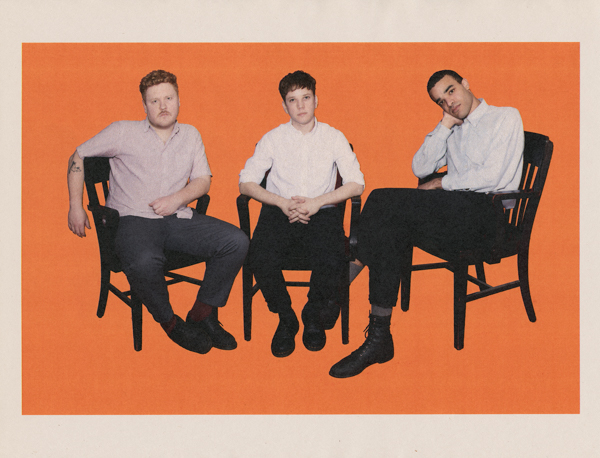 “The L.A. trio follow dutifully in the footsteps of Siouxsie and the Banshees and early Cure.” -Pitchfork

“The band leans away from their rock roots and delivers a soaring piece of angsty, melodic synth-pop.” -MTV

“While still incorporating some punchy guitar work, the utilization of spine-chilling, David Lynch-type synths adds some much needed height.” -Stereogum 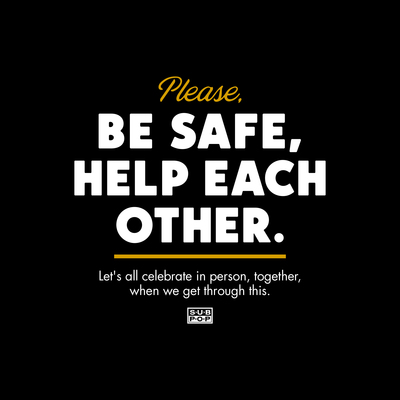 For more than 30 years now, we at Sub Pop Records have strived to be a dependable source of excellent, exciting and important music and also, sometimes, when it all comes together, cultural change. It’s true what they say: we like to party. And our ability to participate in any of that is reliant upon a giant, interwoven community of artists and the people and organizations that support them. Right now, many of the people and communities in our world are being hit hard by the spread of, and wholly necessary response to, COVID-19.

You have seen this happening, we know. Artists are forced to cancel tours, venues can’t have shows, festivals are canceled or postponed. Musicians, record stores, production companies, tour crews, venue staff, booking agents, and so many other people working in our industry are losing jobs and opportunities, and there’s no telling what will happen next.

In an effort to keep our customers and staff safe and healthy, we decided to temporarily close the Sub Pop Airport Store at Sea-Tac, starting now. It will remain closed through at least the end of March. We’ll reassess after that. And please trust that we’ll be back at it as soon as we’re able. As of now, we are still shipping records, t-shirts and the like from our Seattle warehouse to mail order customers and record stores.

The world feels completely upside-down right now. More than ever, and right in the face of that, we remain dedicated to all of the artists on Sub Pop and Hardly Art whom we are so profoundly fortunate to work with. And, it seems absolutely vital to recognize that the music these artists create has the power to hold us upright and together, especially during unsteady, isolating times like these. This is important.

We may not be able to come together in a way that feels normal or familiar, but we are always connected to each other through music and art. Lean on that, hard! And do what you can to support the community of artists/musicians/beautiful losers/misfits/etc to which you belong. Please be safe, please help each other, and let’s all celebrate in person, together, when we get through this. 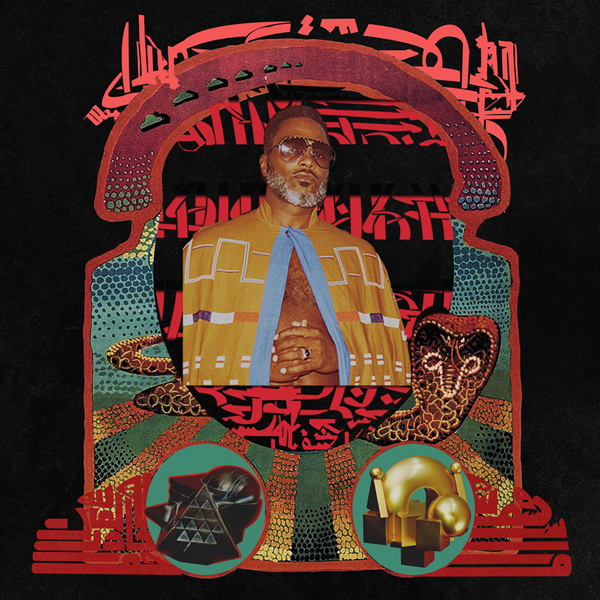 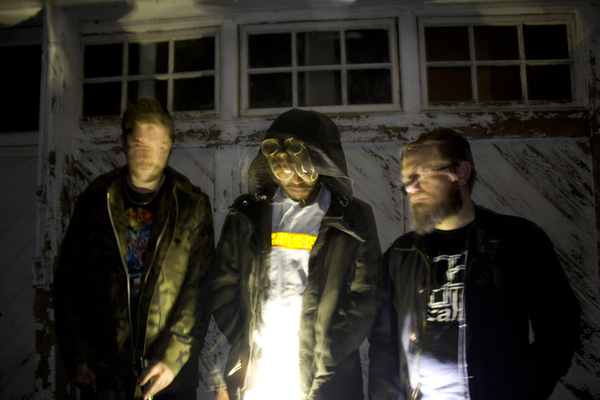 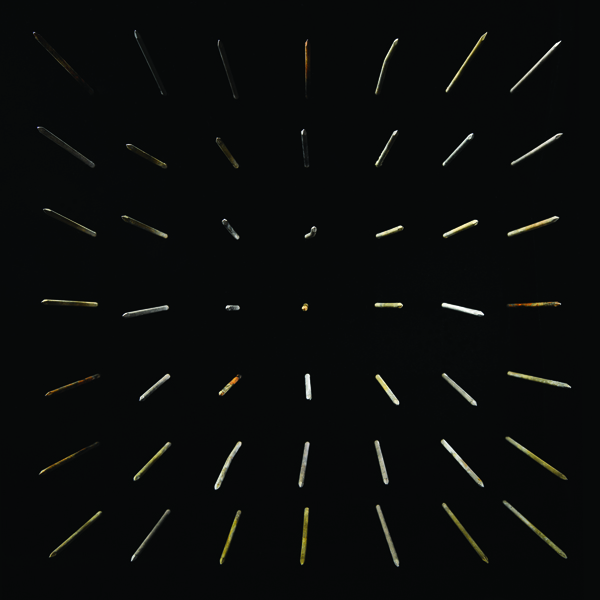 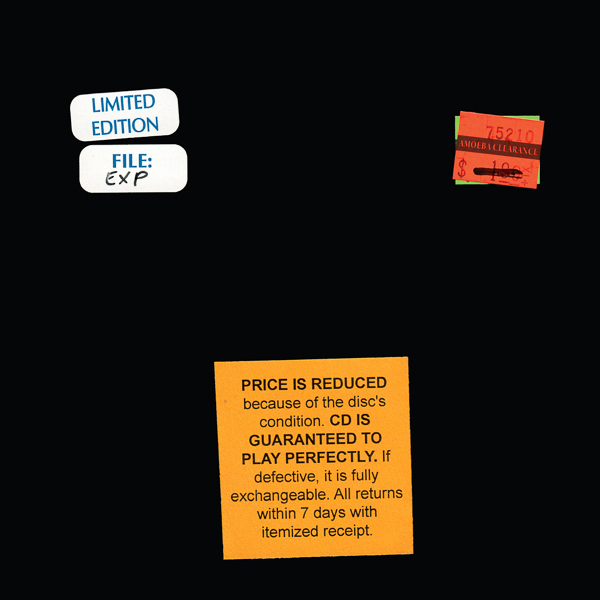 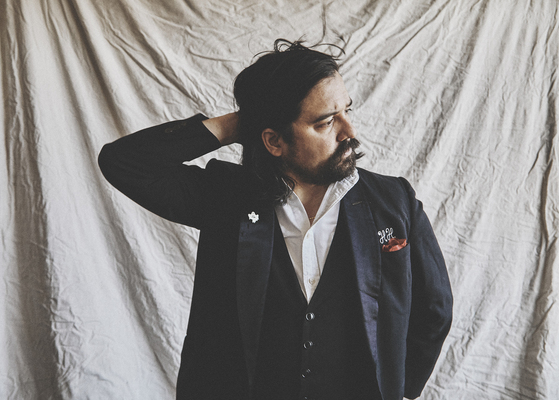 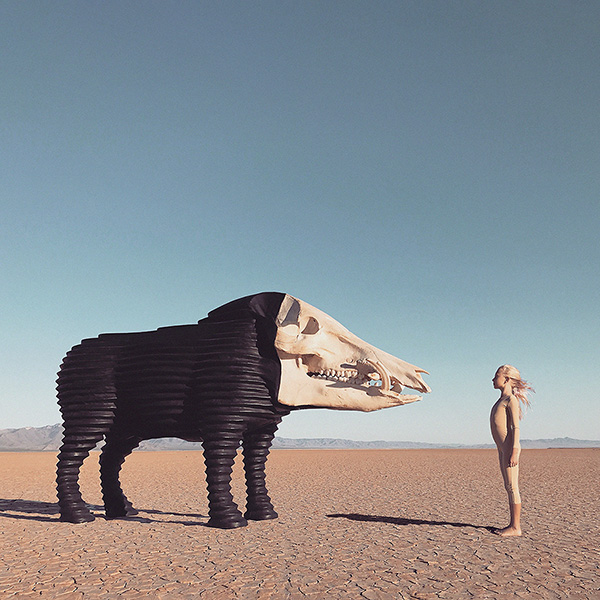