Weyes Blood’s And In The Darkness, Hearts Aglow, her astonishing new album, will be available on CD/LP/CS/DSPs this Friday, November 18th, 2022 from Sub Pop. Today, she shares the devastating album centerpiece “God Turn Me Into A Flower,” which features synthesizer from Daniel Lopatin.

And In The Darkness, Hearts Aglow ten tracks were written by Weyes Blood’s Natalie Mering, with album production from Mering along with Jonathan Rado on all songs except for “A Given Thing,” produced by Mering and Rodaidh McDonald. And In The Darkness, Hearts Aglow was mixed by Kenny Gilmore at 101 Studio, mastered by Emily Lazar and Chris Allgood at The Lodge, and features guest appearances from Meg Duffy, and Mary Lattimore.

Weyes Blood’s “In Holy Flux Tour,” a headlining international touring run for late winter and Spring of 2023 in support of And In The Darkness, Hearts Aglow, begins on Saturday, January 28th in Berlin at Festsaal Kreuzberg and currently runs through Saturday, April 2nd in Tulsa at Cain’s Ballroom. Preceding the tour dates in the new year, there are two new Southern California shows for December 2022: Tuesday, December 6th in San Diego at Music Box and Wednesday, December 7th in Yucca Valley at Awe Bar. For up-to-date information on tickets, please visit WeyesBlood.com/tour.

What people are saying about Weyes Blood’s And In The Darkness, Hearts Aglow:
“Ms. Mering has described this LP as the second in a trilogy—Titanic Rising was about the ecosystem and touched on climate change, Darkness is about the fragile state of the human psyche, and the next album will be about hope. We find all of those subjects on this record in varying degrees, and though it’s hard to know if she will follow through on this plan, it’s exciting to see an artist thinking about her work with such ambition. And in the Darkness, Hearts Aglow easily matches its acclaimed predecessor in quality and scope, which is saying something.” Wall Street Journal

“Her reverence for the devotional reverberates in many of her songs, especially the ones on her new album And in the Darkness, Hearts Aglow, whose sumptuous melodies often rise like a prayer.” ★★★★ ½ - Our Culture

“And In The Darkness, Hearts Aglow again shows Mering’s most extraordinary craft.” ★★★★ - MOJO

“Her latest is rock ballads, a feminine twist on the tradition of Paul McCartney and Pink Floyd. Mering writes alone, which is unheard of these days, and sings spectacularly well. Murmuring one minute, soaring the next, she pulls you into her world.” ★★★★ - Mail on Sunday

“Mering has concocted a successor to Titanic Rising that any gambler worth their salt would have no doubt taken the under on. That Mering topped her own prior masterwork is its own reward and one we are no doubt not worthy of. Daring to think of what might come next should be set aside while letting this one fully sink in (9/10).” - No Ripcord

“Right from the first line of the first song, you remember how Natalie Mering is one of the best around for perfectly poising a line to make you stand up and take notice. On And in the Darkness, Hearts Aglow, she lets you back into her world with her warm, lugubrious tones riding high in the mix, setting up a confessional, intimate feel to the entire album.” ★★★★ -  The Skinny

“And In the Darkness, Hearts Aglow weaves a spell around listeners like a cocoon. It’s a triumph…(9/10).” - RIFF

“Mering pins her hopes on the idea that as naturally as things fall apart, they often fall into the right place, too. Maybe there’s a bit of magical thinking on her part – it would certainly fit the ethereal essence of all her music – but she might be onto something. Hopefully we won’t have to hold on much longer for the final part of the trilogy to see if she’s right (8/10).” - Northern Transmissions 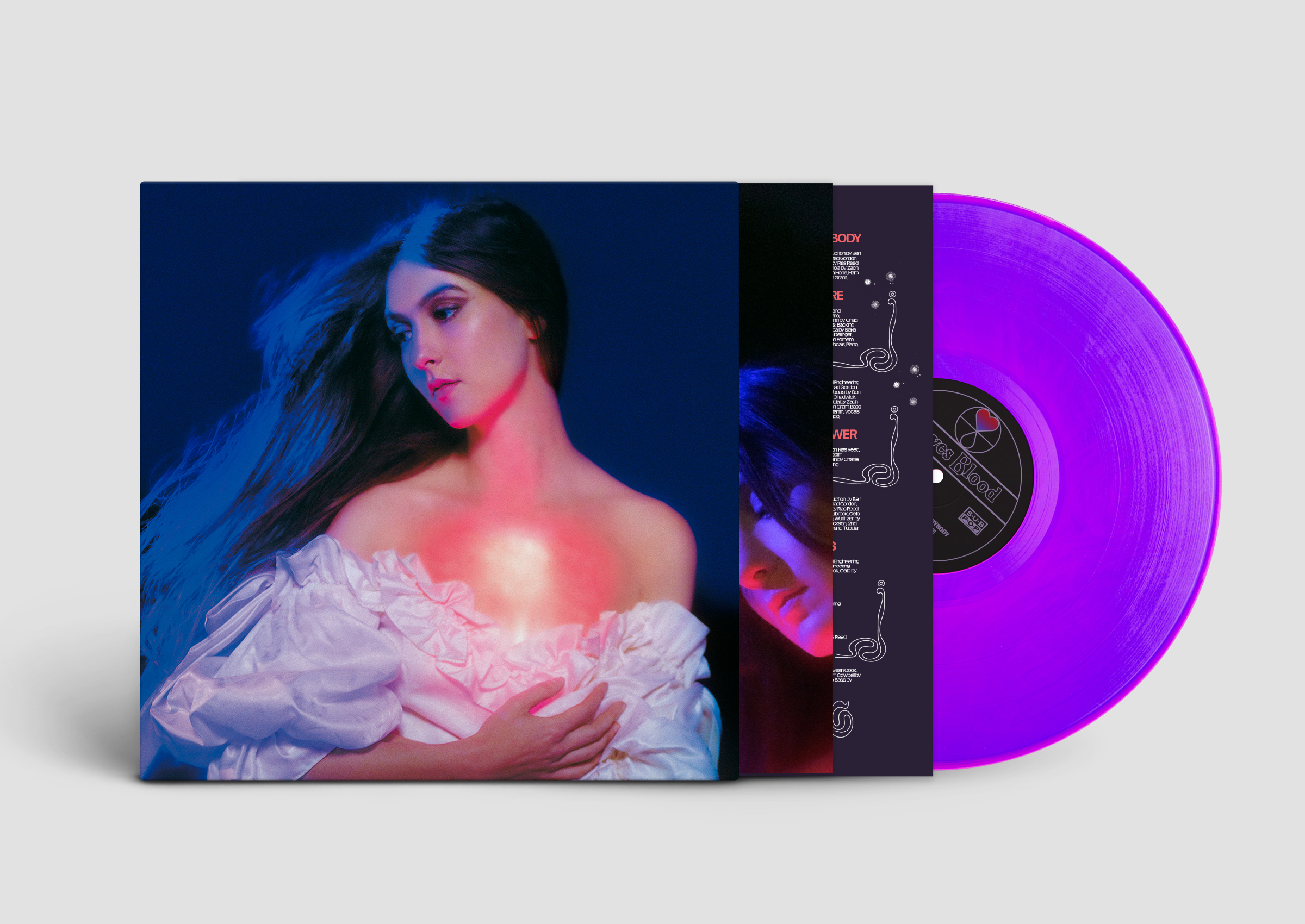 Weyes Blood
And In The Darkness, Hearts Aglow