Last Wednesday, September 21st, 2022, Clipping announced REMXNG, a quartet of EPs featuring remixes of tracks from the band’s Horrorcore-themed albums, There Existed an Addiction to Blood and Visions of Bodies Being Burned. Each EP showcases remixers hand-picked by Clipping to slash, mangle, and brutalize the band’s music into all-new, exquisitely macabre, creations.

REMXNG 2.2 leads with UK producer Rian Treanor’s jagged, stuttering edit of “‘96 Neve Campbell.” Treanor blends underground dance music genres with the techniques of musique concrète, and computer music, slicing the slasher-themed track into a collage of stabbing jump-scares. James Acaster (who happens to also be one of the band’s favorite comedians) collaborated with Deerhoof’s John Diederich on a mash-up of the band’s “She Bad” and “He Dead,” which is followed by a synth freak-out rework of “Run for Your Life” by Baseck (who frequently appears as a turntablist on Clipping albums). Next is Fire-Toolz’s  hyperactive neon glitch symphony of “Attunement.” Egyptian producer ZULI gives “Make Them Dead” a crushingly heavy Drum & Bass flip, and akeyamasou’s mysterious “Something Underneath” remix atomizes its source into a dense cloud of IDM haze. The EP closes with a miniature for modular synthesizer and sampler by David Rothbaum—another frequent Clipping collaborator.

REMXNG 2.2  is the second of four such EPs, which will be released every Wednesday through October 12, 2022.

Clipping’s international touring for the fall of 2022, resumes with an appearance at Southern California’s Desert Daze Festival Friday, September 30th. Then from Thursday, November 10th through November 29th, 2022, Clipping will tour the UK and EU again for a 14-date run. Please find a current list of dates below.

Recently, four of Clipping’s songs were featured on a new app developed with Modify Music, which is available now on iOS and Android app stores. This is a real-time mixing app, that has each song separated into four “stems” that can be mixed on the fly. Alongside the original stems, the listener will have the option to switch out and mix in alternative stems that Jonathan Snipes produced just for the app. The app can be found here: https://modifymusic.com/artists/clipping/ 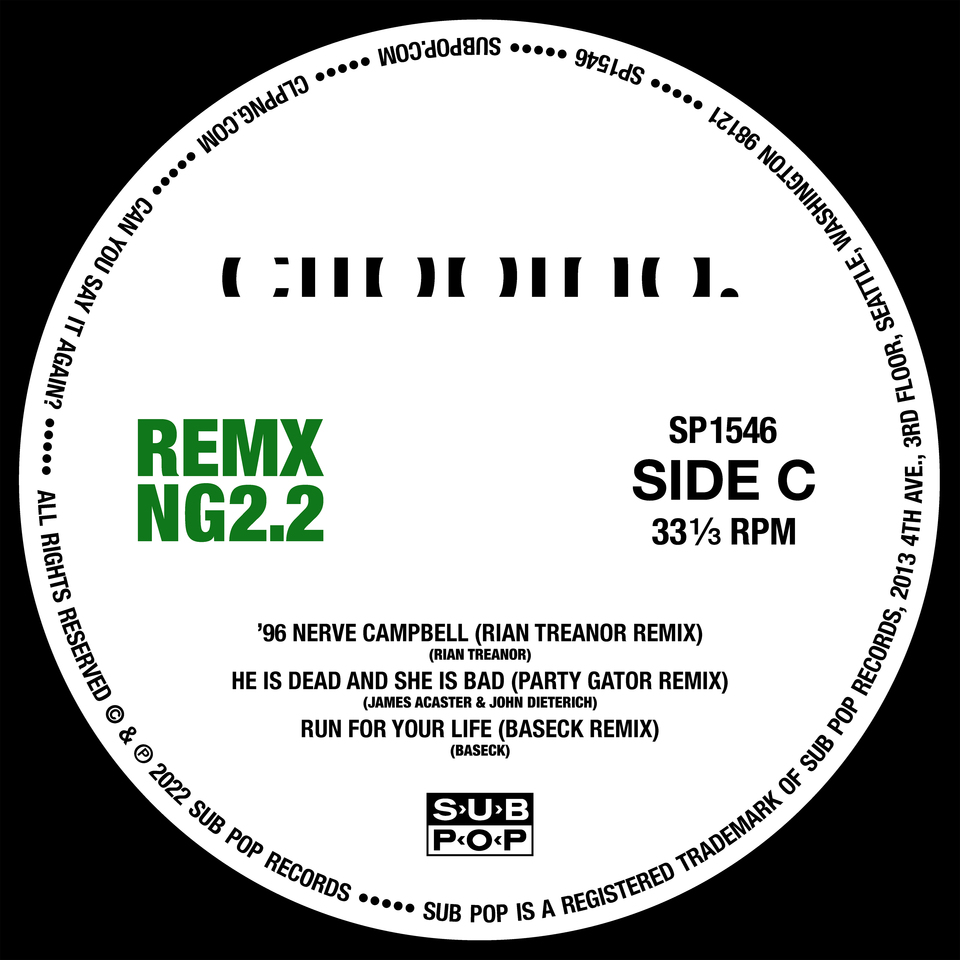