Built to Spill’s When The Wind Forgets Your Name, the group’s acclaimed new album, is available worldwide from Sub Pop.

“Rocksteady” was the final prerelease offering from When The Wind Forgets Your Name. The Wall Street Journal, in its review of the album, offered this on the song, “‘Rocksteady’…has a pronounced Jamaican lilt…and a sunny tune that complicates his more downcast observations. “Geology, genealogy / Arbitrarily, eventually, came up with me” goes one line, accentuated by the track’s use of space and echo-heavy production. It’s an exceptionally affecting guitar-pop number that ranks with the best pieces Mr. Martsch has written.”

Built to Spill’s headlining and festival show schedule for the fall of 2022 has been extended to include US West Coast dates. The tour continues tonight, Tuesday, September 13th in Orlando at the Social and now runs through December 9th-10th with a two night stand at Pappy and Harriet’s in Pioneertown, California. The tour will feature songs from When The Wind Forgets Your Name along with fan favorites from the band’s catalog. Tickets for the November 19th through December 10th run are on sale this Friday, September 16th at 10 am (local),

Support for these shows (select dates) will come from Oruã (the Brazilian band featuring When The Wind… collaborators Almeida and Casaes), along with Prism Bitch, The French Tips, Blood Lemon, Anchorbaby, and Braided Waves. The live band for these Built to Spill tour dates will consist of Martsch, bassist Melanie Radford, and drummer Teresa Esguerra. For updated information on tickets, please visit builttospill.com.

When the Wind Forgets Your Name is available on CD/LP/CS/DSPs through Sub Pop. LPs purchased through megamart.subpop.com, and select independent retailers in North America will receive the limited Loser Edition on Rainforest Green vinyl (while supplies last). Meanwhile, LP preorders in the U.K. and Europe through select independent retailers will receive the album on Misty Kiwi Fruit Green vinyl (while supplies last).

“These nine new tracks are lean and rugged, and the rhythm section is locked in behind the guitarist and singer as the trio rumbles through songs by turns sludgy and psychedelic…a rewarding one-off project on songs that underscore Martsch’s talent as a songwriter and guitarist, while also showing him in a different light. May all his future collaborations be so inspired.” - PASTE

“There are enough surprises here - the dubby playground of the heretic and smirking ‘Rocksteady’; the country purr of the existential ‘Alright’ — to forestall gripes of careerist retread. This is, instead, one of the States’ great indie rock institutions, finding renewal largely in the familiar.” - ★★★★ MOJO

“…A refreshing, cool-sounding record, one that finds Built to Spill revelling in the past and looking clear-eyed toward the future, some 30 years on. That’s no small feat (8/10).” - Exclaim

“Martsch has completely refined his writing, now at some kind of essential boil.” - 4 Columns

“When the Wind Forgets Your Name hits that sweet spot between songcraft and noodling that all great Built to Spill records have, with wistful melodies that sound like first chilly breeze in September before the leaves have turned. Marstch’s way of bending strings on a strummy chord or lead has always been just as emotive as his lyrics or warmly mopey voice, and that’s still true here on standouts like the “Fools Gold,” “Understood” and the back-to-back pairing of “Never Alright” and “Alright.” There are of course lots of signature guitar heroics, from the opening blast of “Gonna Lose” through the spindly, weaving leads of eight-minute closer “Comes a Day.” And for those looking for a smidge of the new, “Rocksteady” dips a toe into warm reggae waters.” - Brooklyn Vegan

“…Their knack for harnessing a whimsical energy combined with tight, interlocking little nuggets of sound and various fragments from diverse styles and genres is put to use to create something entirely different that is exciting and fresh (8/10).” - Under the Radar

“On the band’s first album of original songs since 2015, Martsch is back, on top of his game throughout When the Wind Forgets Your Name. Whether it was the Brazilian inspiration, Covid isolation, or just plain time for another solid BtS record, Martsch and company deliver.” - Glide

“The version of Built to Spill we get here is reinvigorated in every sense of the word. There’s a sense of exploration in Martsch’s songs here, one that contrasts with the strict adherence to his own take on classic rock ideas that has been Built to Spill’s modus operandi for a while. Let’s not get it twisted; there’s a lot of classic rock here, but it’s more varied, evoking moods of brightness and exploration.” - Spectrum Culture

“With the wait growing longer between each record it’s reasonable to wonder if Built to Spill are to show up again, but if they don’t they’ve signed out with a stellar LP and a career highlight in ‘Comes a Day’.” - Loud & Quiet 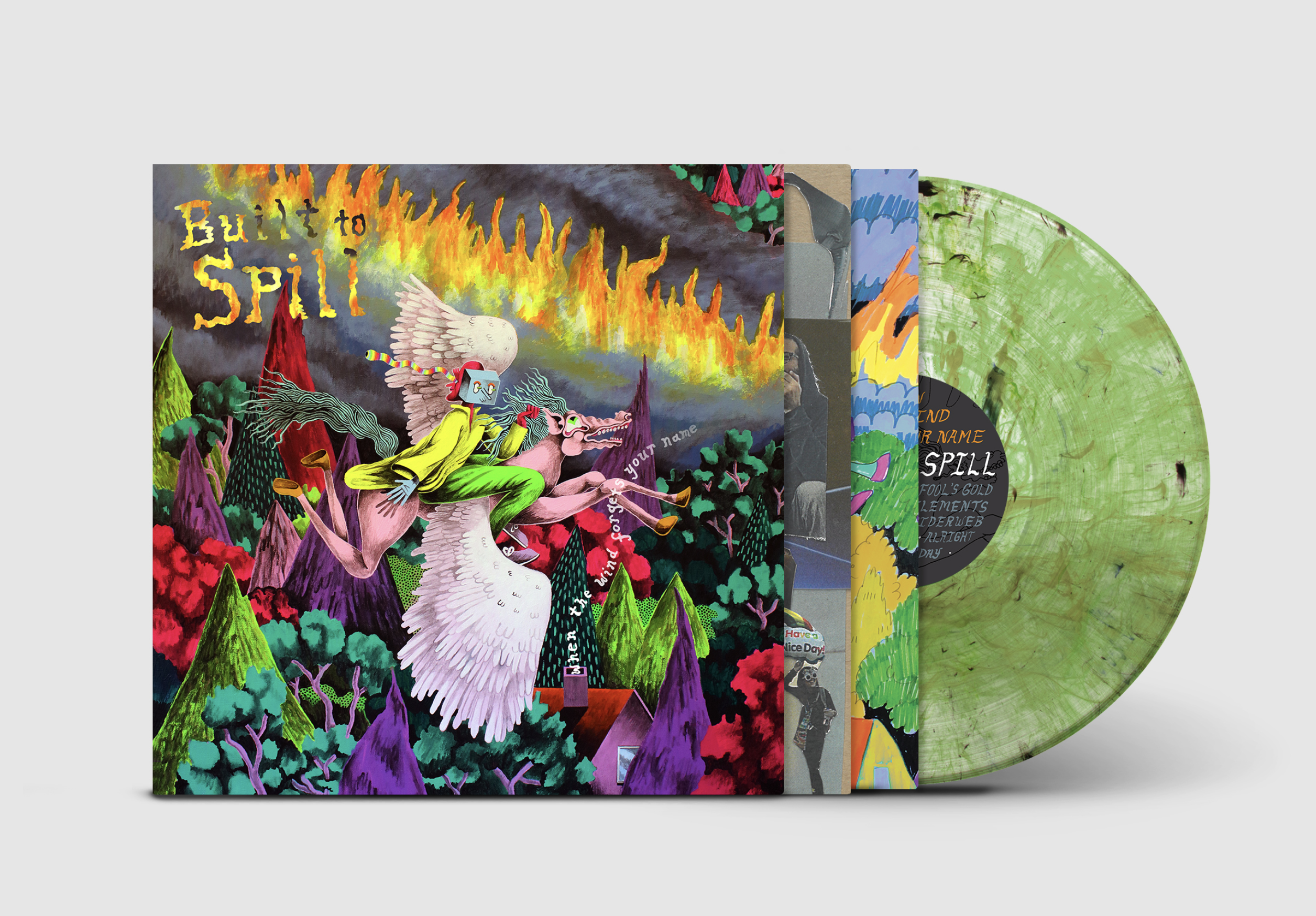 When the Wind Forgets Your Name