On the heels of their latest album, Cooler Returns, Kiwi Jr. cooly announces their first series of live dates, kicking off with River & Sky Festival in Sudbury, Ontario on July 17. Fall and Winter dates include support with TUNS, Surfer Blood, Tobin Sprout, Trace Mountains and Nap Eyes, as well as a hometown Toronto headline show at the Horseshoe Tavern on Friday, Oct 15. Want a taste of what to expect at the band’s upcoming live shows? You can watch the group’s performance on famed Seattle radio station KEXP by clicking here. See below for a full list of dates.

Kiwi Jr. has partnered with cartoonist Dmitry Bondarenko on a 24-page booklet of illustrated lyrics, which is available at Bandcamp and on tour. Jeremy Gaudet, Kiwi Jr singer/lyricist says “To see all of the insanity of our lyrics represented visually is wild. There’s stuff I saw in here that surprised even me, and I wrote the damned thing.” For more information on Cooler Returns Comic, visit the group’s merch table or Bandcamp page. 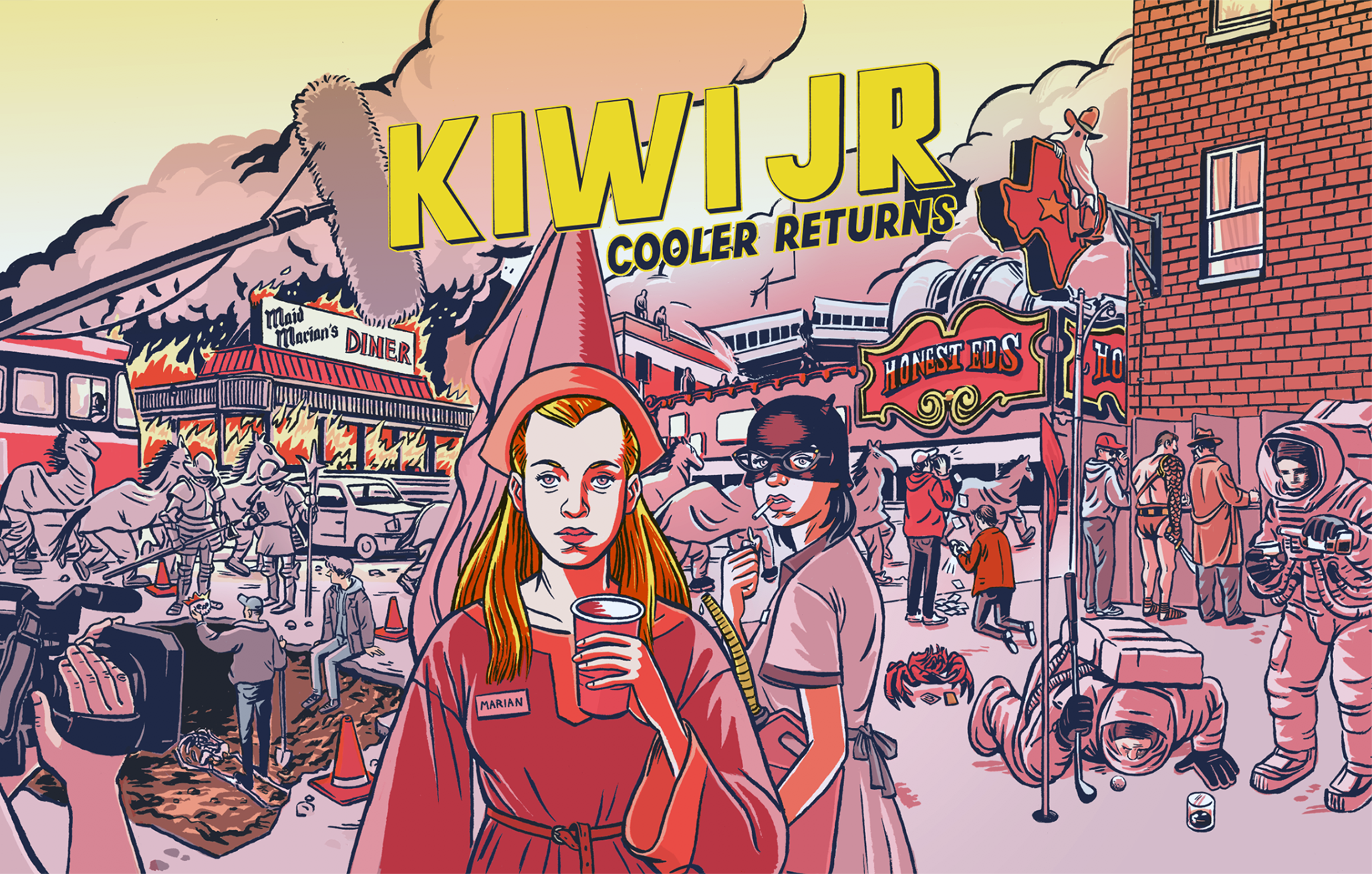 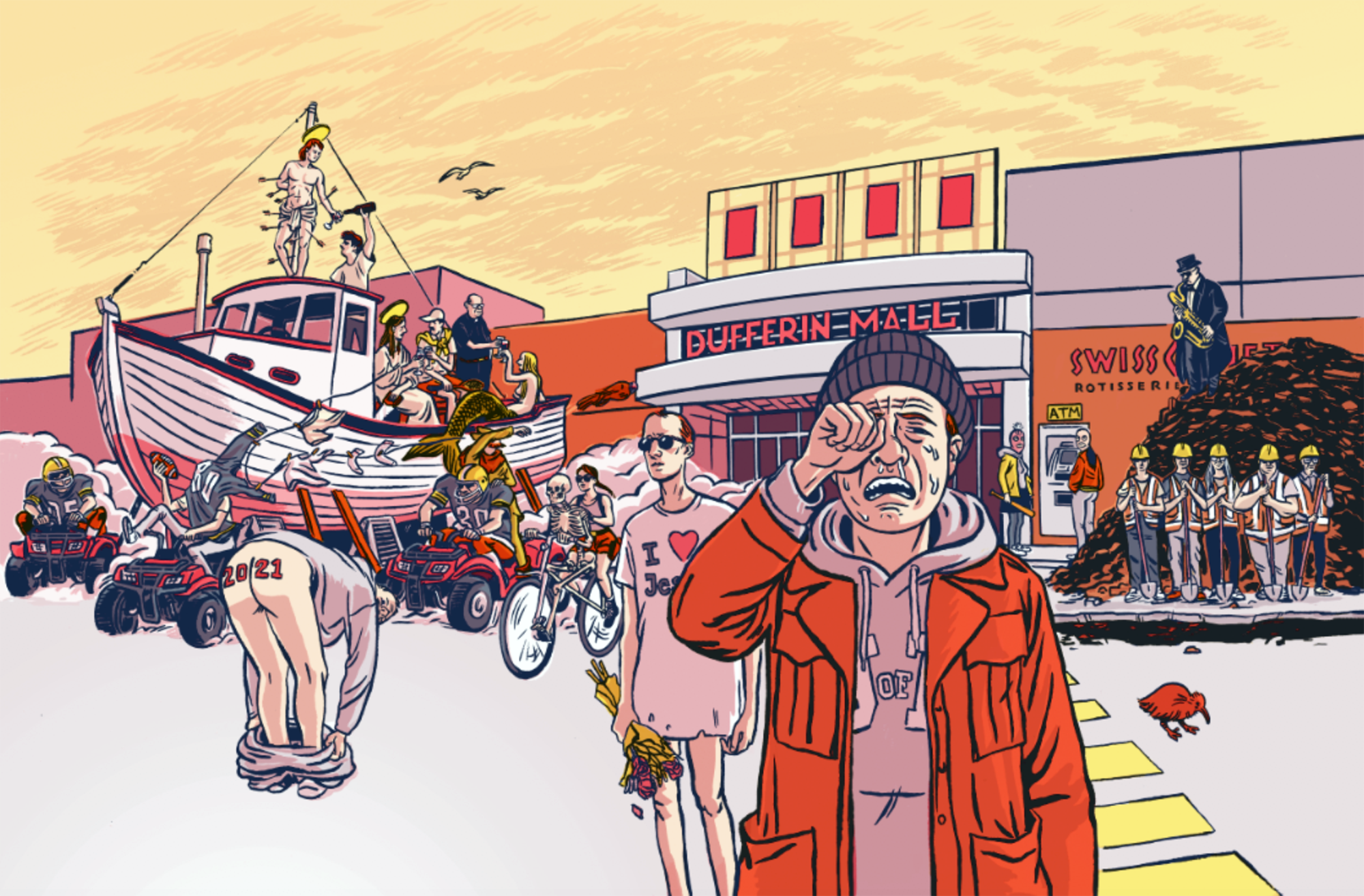 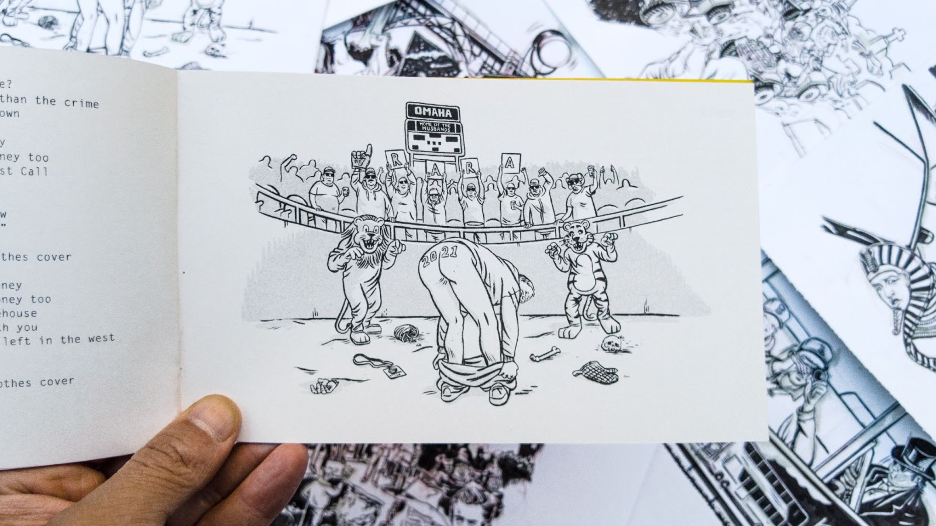 Due to continued uncertainty about international travel restrictions, Kiwi Jr. are unfortunately postponing their September UK & Europe tour dates to February (& September) 2022. Tickets for their London show at Dalston Victoria will be honored on Saturday February 12, 2022. The band will also be supporting fellow Sub Pop artist Chad VanGaalen on several UK dates that week, as well as announcing headline dates in Scandinavia.  More information will be forthcoming at www.KiwiJr.com/live

The returns on Kiwi Jr’s Cooler Returns:
“…The accomplished successor to this band’s promising 2019 debut finds Kiwi Jr having their cake and eating it.” - ★★★★ The Observer/TheGuardian

“Sustaining momentum near-flawlessly across 13 songs…  Kiwi Jr. have the skills to match their smarts” -  ★★★★ MOJO

“Kiwi Jr. songs unfold like the aisles of a cluttered curio shop, their retro-rock melodies overflowing with non sequiturs and hyper-specific scraps of story.” - The AV Club

“…still light and agile, basking in the sunlight as their vivid guitar work and straightforward vocals do the talking. They love a good hook as much as they love a charismatic, illuminating one-liner.” - PASTE

“The band’s knack for simple but sticky melody is in even clearer view on Cooler Returns.” - ★★★★  All Music

[“Cooler Returns” is] “a jangly, indie rock earworm that’ll lodge itself in your brain” - NME

“…Another mighty fine record.” - Under the Radar

“An impressive set of ‘90s-influenced slacker-rock with jangly guitars, rollicking piano and occasional organ, harmonica, and other instrumentation, along with observational, often-sardonic lyrics and an abundance of catchy song hooks. - KEXP

“They understand sarcasm, can write clever, funny lyrics and don’t take themselves completely seriously.”  [9/10] - God Is In The TV

“Cooler Returns is everything you might expect from a band like Kiwi Jr., and so much more.” - [4/5] Stereoboard

“What sets Kiwi Jr. apart from their peers though is their madcap view of the world and Cooler Returns establishes them as a band too confident to conform; a band who have all the skills to match their lyrical smarts” - [8/10] Line Of Best Fit

”Cooler Returns is an impressive achievement” - Our Culture 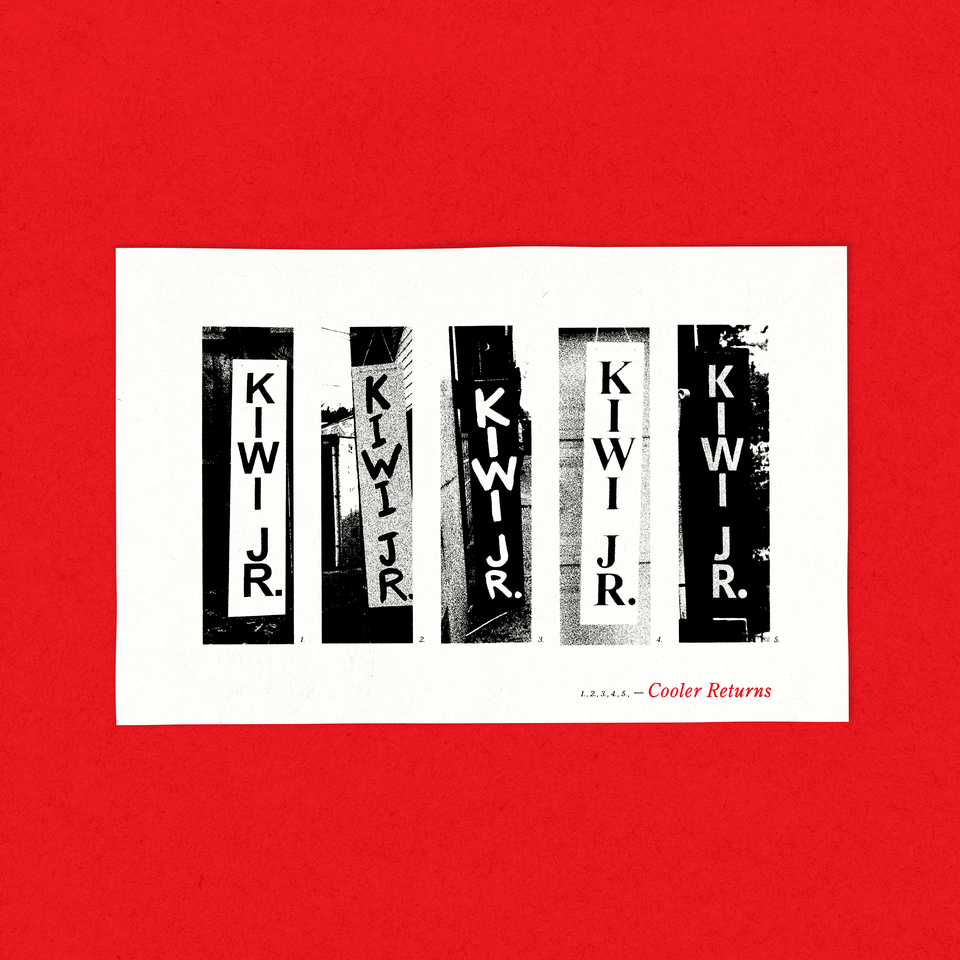