Japanese quartet CHAI present a new single/video, “Maybe Chocolate Chips” (Feat. Ric Wilson), from their forthcoming album, WINK, due May 21st on Sub Pop. CHAI’s past albums have been filled with playful references, in the lyrics, to food, and WINK’s intimate single “Maybe Chocolate Chips” offers an evolution of this motif. Bassist/lyricist YUUKI wanted to write a self-love song about her moles: “Things that we want to hold on to, things that we wished went away. A lot of things happen as we age and with that for me, is new moles! But I love them! My moles are like the chocolate chips on a cookie, the more you have, the happier you become! and before you know it, you’re an original♡” Chicago rapper Ric Wilson, who they initially connected with at the 2019 Pitchfork Music Festival, brings smooth vocals over a laidback beat and whirring, dreamy synth. A community activist and artist based on the Southside of Chicago, he got his start with the legendary Young Chicago Authors, the Chicago-based storytelling and poetry organization which helped launch the likes of Noname, Saba, Jamila Woods, Chance The Rapper, Vic Mensa, Mick Jenkins, and many others. He’s also featured in the accompanying video, directed by Callum Scott-Dyson, which is made of fun collages and video clips in classic CHAI style.

CHAI elaborates: “This music video is the perfect visual for ‘Maybe Chocolate Chips.’ It was our first time working with Callum and the result (animation, etc.) was something we’d never tried before!  Callum actually reached out to us for this but we loved how his work featured grotesque but cute components and tons of fantasy so our vision for this was in line.  ♡⭐️^o^♡ Your mole is actually a Chocolate Chip!  But you knew that already right?!♡⭐️♡”

CHAI is made up of identical twins MANA (lead vocals and keys) and KANA (guitar), drummer YUNA, and bassist-lyricist YUUKI. Following the release of 2019’s PUNK, CHAI’s adventures took them around the world, playing their high-energy and buoyant shows at  music festivals like Primavera Sound and Pitchfork Music Festival, and touring with indie-rock mainstays like Whitney and Mac DeMarco. Like all musicians, CHAI spent 2020 forced to rethink the fabric of their work and lives. But CHAI took this as an opportunity to shake up their process and bring their music somewhere thrillingly new. Having previously used their maximalist recordings to capture the exuberance of their live shows, CHAI instead focused on crafting the slightly-subtler and more introspective kinds of songs they enjoy listening to at home—where, for the first time, they recorded all of the music.  They draw R&B and hip-hop into their mix (Mac Miller, the Internet, and Brockhampton were on their minds) of dance-punk and pop-rock, all while remaining undeniably CHAI.
While the band leaned into a more personal sound, WINK is also the first CHAI album to feature contributions from outside producers (Mndsgn, YMCK) as well as Ric Wilson. This impulse towards connection with others is in WINK’s title, too. After the “i” of PINK and the “u” of PUNK—which represented the band’s act of introducing themselves, and then of centering their audiences—they have come full circle with the “we” of WINK. It signals CHAI’s relationship with the outside world, an embrace of profound togetherness. Through music, as CHAI said, “we are all coming together.” In that act of opening themselves up, CHAI grew into their best work: “This album showed us, we’re ready to do more.” 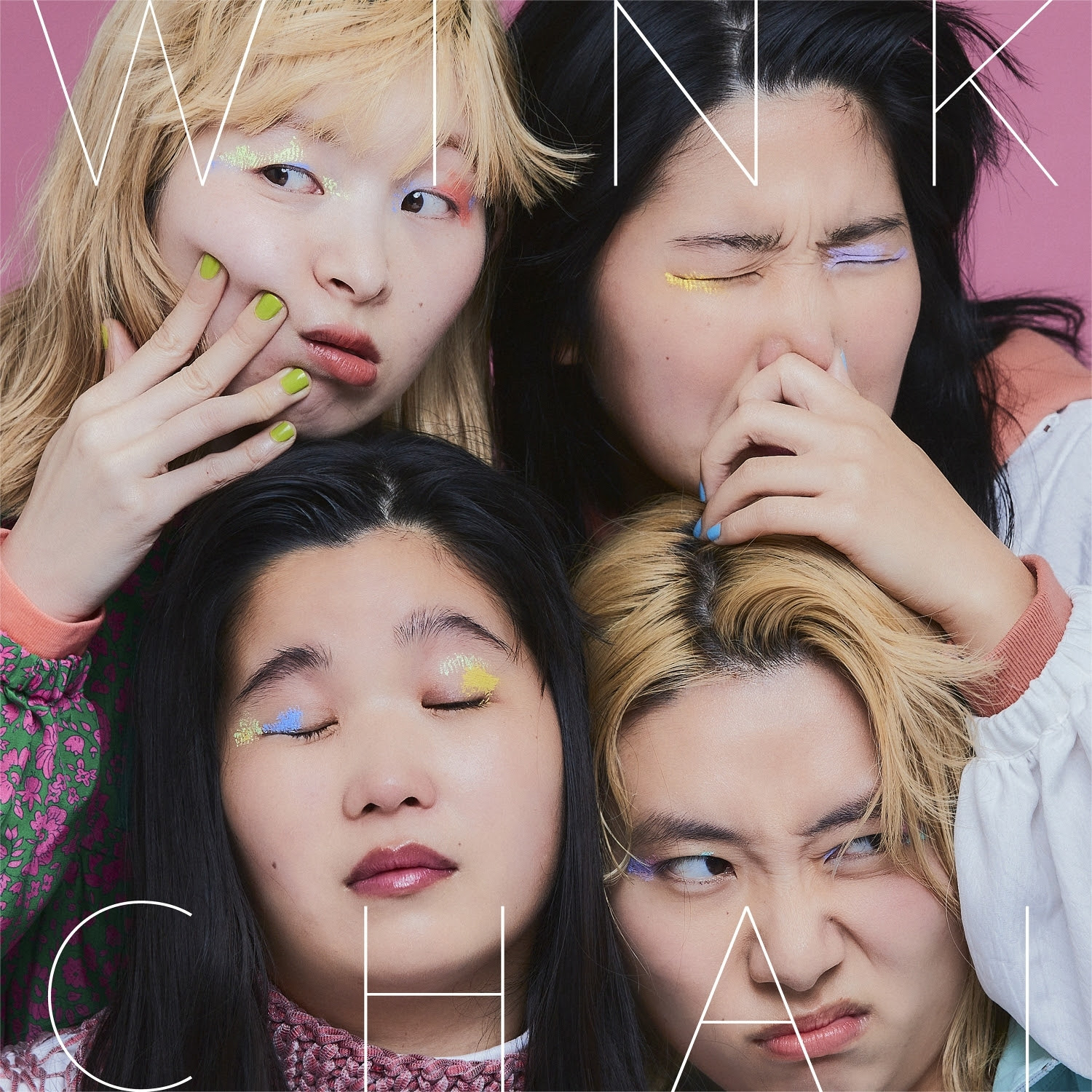 “One of CHAI’s greatest strengths is the Japanese band’s ability to weave between different genres, buoyed by their generous sense of humor and vibrantly catchy hooks”
- Pitchfork

“This propulsive, retro-sounding bop from Japanese quartet CHAI deserves to soundtrack your next dance break.” - Nylon

“It’s so far their biggest earworm in a catalog of songs that can get stuck in your head
for weeks.” - Vice

“The song alone is irresistible enough on its own, but CHAI’s fun-loving energy also comes through quite well in the video” - Paste