Bob’s Burgers Valentine’s Day features ten songs from the show including the lyric video for “Girl Power Jam,” along with highlights “Hate The Way I Love You,” “Sky Kiss” (“Intro” and “Extended”)  and “The Right Number of Boys.”

Bob’s Burgers Valentine’s Day is the third holiday-themed EP release (along with Thanksgiving and Bob’s Burgers Christmas released November 2020) and is available now worldwide through all DSPS from Sub Pop.

About Bob’s Burgers Valentine’s Day
Every fan of Bob’s Burgers has a favorite song from the show. Every fan also has a favorite holiday episode.
Sub Pop Records has gathered together these fan-favorite Valentine’s Day musical moments from seasons one through eleven so you can enjoy them with your loved ones.  Produced by the series creator and executive producer Loren Bouchard’s Wilo Productions in partnership with Bento Box Entertainment, with Sub Pop licensing the rights from 20th Television.
Fans know that music is more than just a condiment to Bob’s. Sometimes silly, sometimes sprawling, always heartfelt and firmly in the voice of the show, the music of Bob’s Burgers is part of the meat of the thing itself. 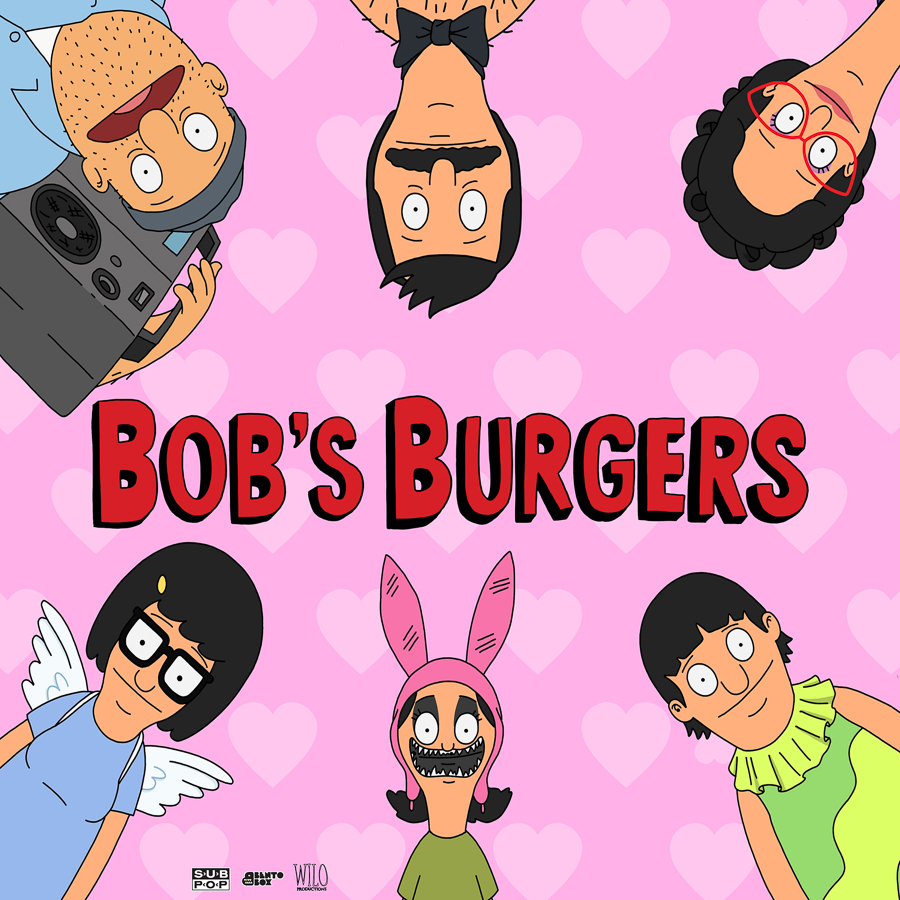