Available worldwide in all DSPs from Sub Pop and in Canada through Royal Mountain Records.

Cartel Madras members Eboshi and Contra had this to say of the “Lil Pump Type Beat, “We wanted to make a fun trap song that captures the explosive energy of our live shows. We also wanted to give a nod to type beats and their ubiquity. Our shows often turn into sweaty mosh pits, so the video had to be an extension of that. It was really fun - especially having a ton of shirtless dudes moshing while we dictate the energy in the video from the middle, with the drip.”

The “Lil Pump Type Beat” single was produced by Cartel Madras, Oso Familiar, and Casey Lewis, mixed by Jae Sterling and Lewis at Echo Base Studio in Calgary, and is available now at all DSPs worldwide through Sub Pop with the exception of Canada through Royal Mountain Records. The track is from Age of The Goonda, the duo’s forthcoming EP, out November 1st, 2019.

Cartel Madras has scheduled a series of Canadian dates for the remained of 2019, which span September 8th in Winnipeg, Manitoba at Bastid BBQ through November 16th in Oshawa, Ontario at The Music Hall. Along the way, the duo will support Hollerado (November 14th-16th), make appearances at the Bastid BBQ (with DJ Maseo of De La Soul and Lil Brother), Quebec’s LVL Up Festival, and Toronto’s RBC Echo Beach (with Mac DeMarco, Prince Innocence, Dustin Wong & Takako Minekawa). There will be U.S. live dates announced soon. 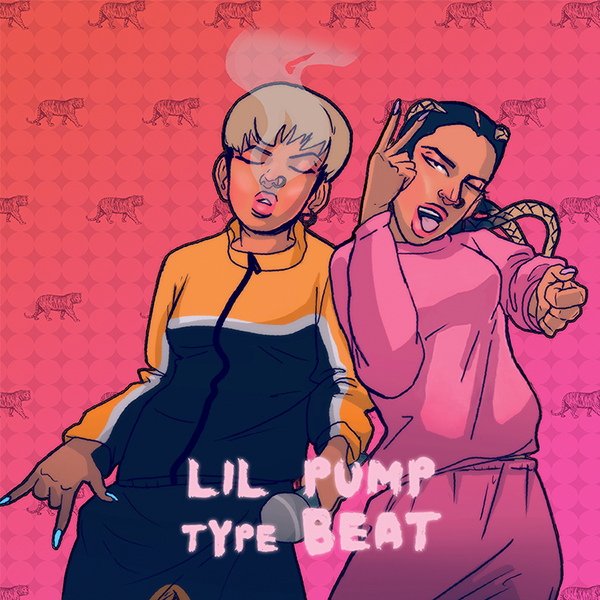 Cartel Madras also includes Contra’s sibling, Eboshi—both born in Chennai in the Indian state of Tamil Nadu and raised in Calgary, Canada. Like their upbringing, their music is a cultural syncretism, a heady mix of trap with punk, house, and South Indian aesthetics that they’ve anointed “goonda rap.” Their second EP is Age of the Goonda, a sonically expansive successor to their first EP, Trapistan, which boasted the party-down hit “Pork & Leek. A manifesto for the times, Age of the Goonda is an in-your-face call to arms for—immigrants, women of color, the LGBTQ+ community, Desis (a.k.a. Westernized Indians)—those who must resist being treated as underdogs (read more at Sub Pop dotcom).