On July 12th, Sub Pop released Automat, a collection of METZ non-album singles, B-sides, and rarities dating back to 2009, available on LP for the first time, and including the band’s long out-of-print early (pre-Sub Pop) recordings. It’s a chronological trip through the lesser-known material of METZ, the widely-adored and delightfully noisy 3-piece punk band from Toronto, ON.

The vinyl LP format of Automat included an exclusive bonus 7” single of METZ interpretations of three diverse cover songs, a glimpse of their wide-ranging and excellent taste. And, on Aug. 20 (aka today) these three bonus tracks will be available in digital services everywhere (such as YouTube, Spotify and Apple Music). Rejoice! And then also go listen to: a cover of Sparklehorse’s “Pig,” from a very limited 2012 Record Store Day split single originally released by Toronto’s Sonic Boom record shop; “I’m a Bug,” a cover of the Urinals’ art-punk classic, originally released on YouTube (not an actual record label) in 2014; and METZ’s previously unreleased rendition of Gary Numan’s “M.E.”

You can also watch the mesmerizing video for “M.E.,” featuring a three-headed Pleasure Principle hydra illustrated by Kirin Booth and animated by Martin MacPherson here now, and/or also by clicking here. 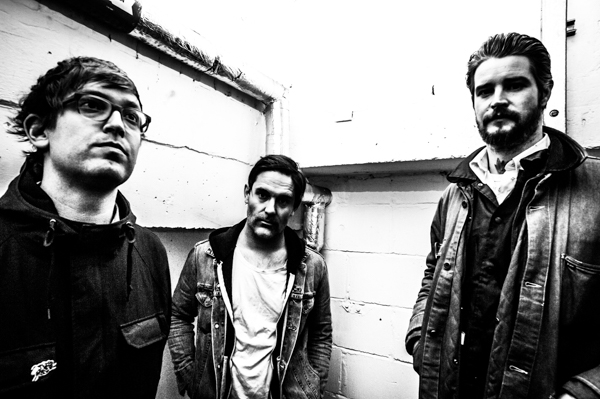 METZ have a handful of upcoming shows before getting to work on their 4th full-length LP which will be released on Sub Pop when we are all damn good and ready.