Mass Gothic’s I’ve Tortured You Long Enough, their new album, is out today and to celebrate its release, they have delivered a new video for the song “Keep On Dying”, co-directed by the band and Nira Burnstein. You can also stream the album in its entirety now on Spotify and Apple Music.

I’ve Tortured You Long Enough features “Keep On Dying,” “How I Love You,” “J.Z.O.K.” [watch here], and “Dark Window”[watch here], and is available on CD/LP/DL/CS worldwide through Sub Pop [buy here]. Purchases of the album through megamart.subpop.com, select independent retailers will receive the limited Loser edition on marbled black and white vinyl (while supplies last). 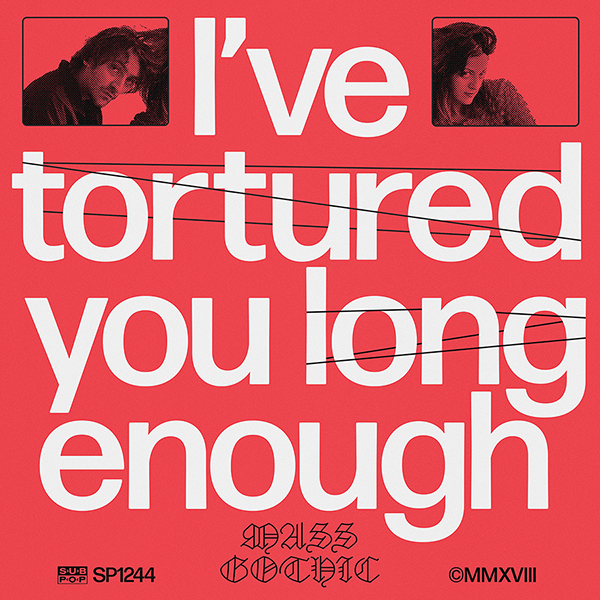 And next week, Mass Gothic have scheduled a headlining release show at Brooklyn’s Zone One at Elsewhere on September 5th. On September 8th the band heads overseas for their live debut in Tel Aviv, followed by two UK shows on September 12th (London) and September 13th (Manchester). 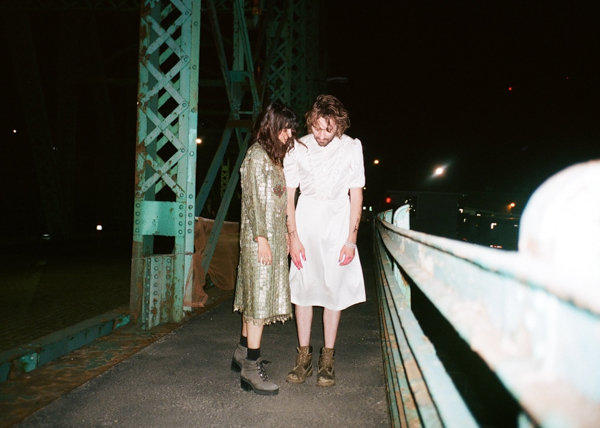 Even when you’re married and you’re best friends and you’ve spent a lifetime collaborating with each other, it’s not often obvious what’s staring you right in the face. I’ve Tortured You Long Enough is the tongue-in-cheek title of Mass Gothic’s second album for this reason, among several others. Husband/Wife duo Heroux and Zambri have always dipped in and out of each other’s creative spaces, advising on their respective outputs and supporting one another. But never had they before completely committed to doing an entire album as a duo, sharing an equal load. The time had come. And thank goodness. They have dreamed up a record packed with the tension, chaos and beauty of a fluid and cathartic two-way conversation. In a universe increasingly threatening our abilities to work hard on communication and coexistence, their creative union isn’t just inspired but important. “Why did it take us so long?” laughs Heroux.

Live, Mass Gothic expands to a four-piece with multi-instrumentalist Cristi Jo Zambri and drummer Joe Stickney, who also play on the album. ITYLE was co-produced by the band and Josh Ascalon, mixed by Chris Coady and mastered by Heba Kadry.

What The People are saying about Mass Gothic:

“Backed by luminous synths and chugging momentum, the intimacy of the hook is blown up to thrilling proportions, and their love is scattered large across the soundscape.”[J.Z.O.K.] - The 405

“Essential…Their earworm-ready songs are made to fight for their right to party.” - Loud and Quiet