Iron & Wine are following up their 2018 Grammy-nominated full-length Beast Epic with the aptly titled EP, Weed Garden available worldwide on August 31st. Having gone over three years between releases prior to Beast Epic, Weed Garden arrives in short order, but right on time for Iron & Wine fans.

The six-song EP features material that was part of the writing phase for Beast Epic, but for various reasons went unfinished. The term “weed garden” could easily imply that which doesn’t belong, for principal songwriter Sam Beam, it was more about getting more “into the weeds” on a creative process to finish the material. Weed Garden serves as the perfect companion piece to last years full length.

While on tour last fall, the final pieces fell into place and a sense of urgency prevailed in bringing these songs to fruition. Space was created at the top of the year to return to The Loft recording studio in Chicago with the band behind Beast Epic - Joe Adamik, Jim Becker, Rob Burger and Teddy Rankin-Parker. The collection of songs range from urgent (“What Hurts Worse”) to fun (“Rock and Roll Heroes”) to personal (“Talking to Fog”). The tones and themes all feel part of the larger narrative that presented itself on Beast Epic bringing this collection of characters full circle.  You can now listen (above) to lead off track “What Hurts Worse.”

Weed Garden also includes the fan favorite “Waves of Galveston”.  Widely bootlegged, but never officially released until now, this track is the oldest song on the EP.  It first appeared as an online performance video as part of The Onion’s AV Club “State Songs”. The Weed Garden artwork also features a series of original paintings from Iron & Wine’s principal songwriter Sam Beam.  This cover joins the ranks of previous album covers, Endless Numbered Days, The Shepherd’s Dog, Kiss Each Other Clean and In the Reins that feature his paintings or drawings. 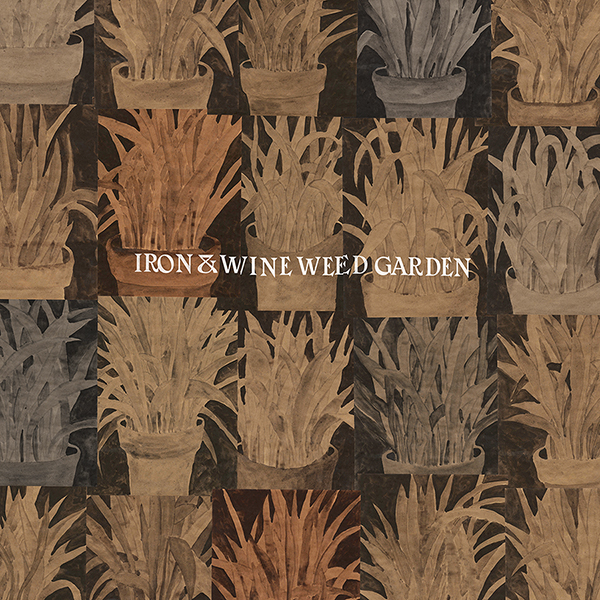 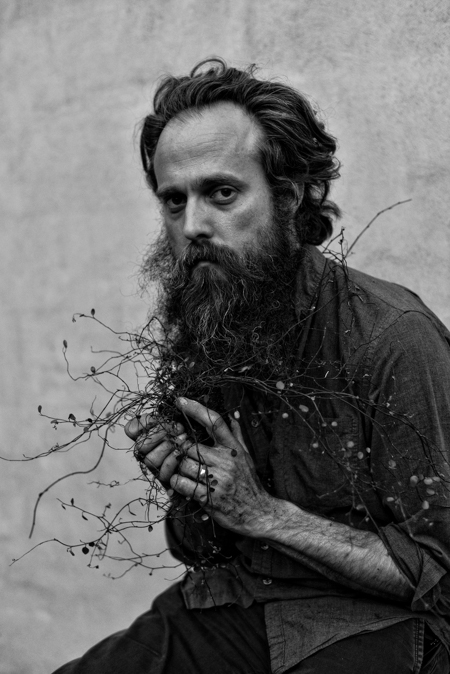 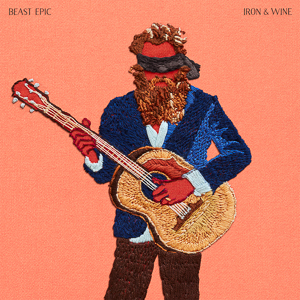 Beast Epic, the deeply personal sixth proper full-length album from Iron & Wine, received universal praise upon its release in the fall of 2017 [link here]. Rolling Stone said it was “Beam’s most dynamic and convincing record in years”, while Pitchfork noted that it was reminiscent of “the warm acoustic instrumentation of his early work”.  The AV Club perhaps summed it up best with its “A-grade” review when they wrote “Beam has written his most affecting, impressive set of songs in a long time—maybe ever…scaling back the lavish orchestration while maintaining a sense of brightness and verve.”