On the album’s first single “Jesse,” Kline works through feeling out of place, and trying to be more psychically in touch with herself. [Stop-motion animated visuals for this first track were expertly made by Ariel Noltimier Strauss.] One of the early songs from Vessel that the band arranged, “Jesse” was tied together musically by the melodic and agile lead guitar playing of Alex Bailey, who later joined Frankie Cosmos full-time on bass.

To record Vessel, Frankie Cosmos traveled back up to Binghamton, New York to work with Hunter Davidsohn, the producer and studio engineer who helped craft the sound for Zentropy and Next Thing, at his studio Business District Recording. The band spent 3 days upstate live-tracking drums, bass, and guitars, as well as vocals, favoring the spontaneity of reel-to-reel tape over the meticulous perfectionism caused by recording digitally. Several songs are instrumental first or second-takes, highlighting a newfound collective energy felt by the band’s four members after months of touring, practicing, and arranging together.

For the next phase, Davidsohn joined the band in Brooklyn to record harmonies, keyboards, and other overdubs with Carlos Hernandez and Julian Fader of Ava Luna at their studio, Gravesend Recordings. As Frankie Cosmos started testing out new songs for Vessel on the road, the band invited members from their fellow touring bands to join them on stage to sing or play parts on tracks like “Being Alive” and “Jesse.” Once in the studio, the band decided to invite those same friends and more to contribute parts to the final recorded versions: Alex Bailey (formerly of Warehouse, who has replaced David Maine as a permanent member of the live band), Vishal Narang (of Airhead DC), and singer/songwriter Anna McClellan. After a total of 6 days of recording followed by group mixing sessions, Davidsohn put the finishing touches on the album back upstate and eventually sent the completed album to Josh Bonati to be mastered. 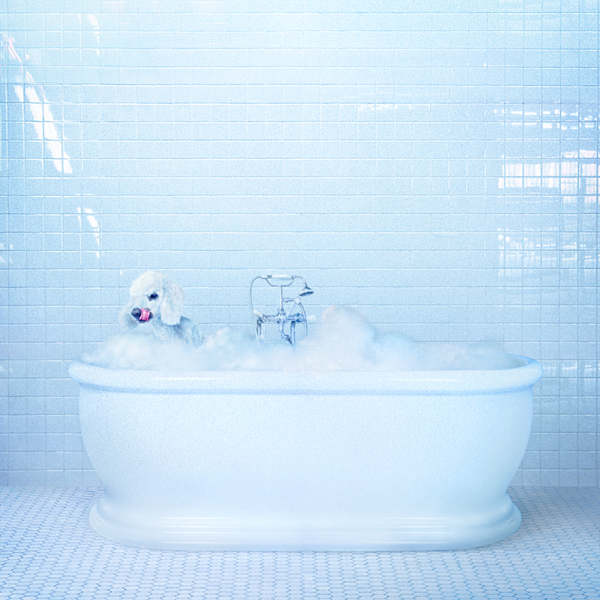 Pre-orders for Vessel are available now through Sub Pop right over here. LP pre-orders through megamart.subpop.com and select independent retailers will receive the limited Loser edition on blue vinyl (while supplies last).

The band will embark on a US tour in support of Vessel on April 5th in Boulder, CO with stops in Santa Fe, Phoenix, Los Angeles, Santa Ana, Berkeley, Seattle and Portland. Support on these shows will come from Lomelda, Ian Sweet and SOAR. Additional dates will be announced in the coming weeks. 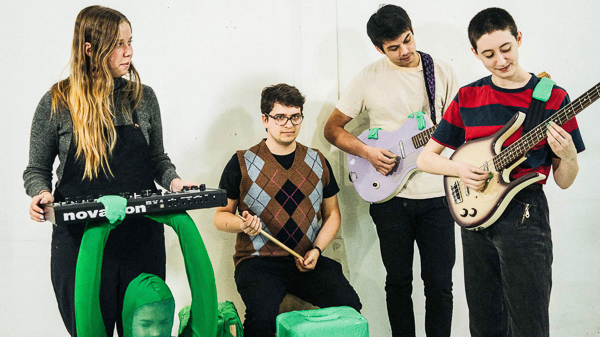 New York native songwriter and composer Greta Kline has shared a bounty of her innermost thoughts and experiences from the past six years through the almost inconceivable number of songs she has released since 2011. Like many of her peers, Kline’s prolific creative output was initially born out of an era where bedroom recording and self-releasing became more possible than ever through the advent of the internet. But as she’s grown as a writer and performer, playing to larger audiences and devising more complex albums, Kline has shifted from an artist who’s made strides despite limitations, to an artist whose impact can be seen across modern independent music. Her newest record, Vessel, which will be out spring 2018 through Sub Pop Records, is the 52nd release from Kline and the third studio album by her indie-pop outfit Frankie Cosmos. On it, Kline explores all of the changes that have come in her life as a result of the music she has shared with the world for the past half-decade, as well as the parts of her life that have remained irrevocable.

Frankie Cosmos has taken several different shapes since their first full band album, Zentropy, erupted in New York’s DIY music scene in 2014. For Vessel the band’s line up comprises of guitarist/singer Greta Kline, bassist/vocalist David Maine, keyboardist/vocalist Lauren Martin, and drummer Luke Pyenson, who each contributed their own musical sensibilities to help shape the sound of the new record, both on their principal instruments and others. In between tours supporting their last album, Next Thing, Kline brought new songs to the band’s rehearsals, and together the members collectively participated in turning them into full-band arrangements. As a result, the album’s staggering 18 tracks implement a range of instrumentations and recording methods unheard of on the albums preceding it, while still maintaining the succinctly sincere nature of Kline’s songwriting.

The album’s opening track, “Caramelize,” serves as the thematic overture for Vessel, alluding to topics like dependency, growth, and love which reoccur throughout the record. The song strings together a scope of musical motifs and showcases the intense dynamics in both Kline’s lyrics and the band’s performance that continue on the tracks that follow. Although many of the scenarios and personalities written about on Vessel  are familiar territory for Frankie Cosmos, what’s really changed on the new record is Kline’s nuanced point of view and her desire to constantly question the latent meaning of her experiences. In the album’s first single “Jesse,” Kline grapples with the startling personal epiphanies in life that stem from dreams and subconscious realizations. On another single, “Apathy,” Kline confronts her own insecurities around personal change and feeling distant from the people she once had a close relationship with. Then later on the album “Accommodate,” deals with the complexity of being in a community that would rather turn its nose to a problem than hold its members accountable. “Being Alive” stands out as one of the few old Bandcamp-era Frankie Cosmos songs the band reworked for Vessel, and shows the rhythm section quickly shifting between fast and slow tempos as Kline ponders the minutia of existence. Kline’s dissonant lyrics are paired with the band’s driving, jangly grooves creating several moments on the album where the bandmates’ chemistry playing together is brought to the forefront.

Vessel’s run time is exactly double the length of Frankie Cosmos’ breakout record, Zentropy, and serves as enormous leap forward in the band’s catalog. But ultimately, the album’s unique sensibility, esoteric narratives, and reveling energy, allow it to exist as just another distinctive chapter in Kline’s ongoing musical autobiography. Through Vessel, Kline provides the listener with a spectrum of disparate anecdotes, observations, and affirmations and then tasks them with arranging the pieces in a way that they can make their own sense of. Typically albums by artists at a similar stage in their career are written with the weight of knowing that someone is on the other end listening. Yet, despite bringing attention to her audience in direct references, Kline and the rest of Frankie Cosmos have passionately written Vessel with a clarity not muddled by the fear of meeting anyone’s expectation.