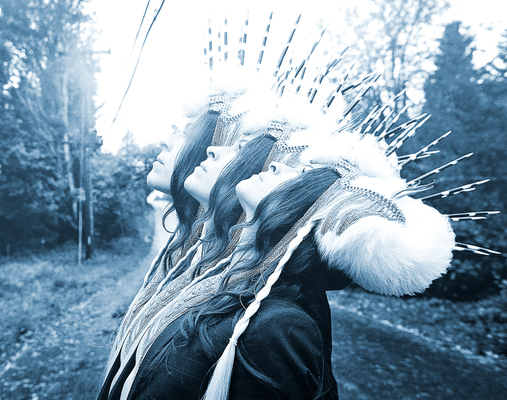 Clipping’s “Shooter,” a standout from Wriggle, the group’s summer EP, now has an officially official video (as seen above) directed by the massively talented Carlos Lopez Estrada.

1/3 of Clipping - William Hutson - had this to say about it, “Since the beginning of the band, we had discussed making a dance video for one of our songs but didn’t think we could actually pull it off. When Voltaire Wade-Green offered to choreograph something for us, we jumped at the chance to work with him and the other dancers (all of whom were Hamilton ensemble members at the time). He and Carlos conceived the video together based on the scenarios of gun violence depicted in the song’s lyrics, and managed to match the cheery tone of the song to the seriousness of its themes.” 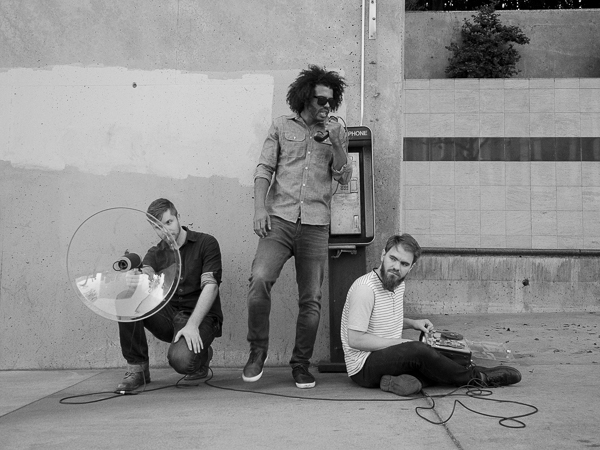 The band also just added European dates to its 2016 tour schedule in support of Wriggle, and Splendor & Misery, their Sci Fi-Dystopian concept record released last month. The new dates begin December 9th in Brussels at M4 and end December 20th in London at Corsica Studios. The tour will include stops in Tel Aviv, Amsterdam, Berlin, Paris, and more. Clipping is currently in the midst of an east coast co-headline a tour with Youth Code (through November 4th). The group will also perform on Conan on TBS Thursday, November 17th.  Current tour dates are below.

Frankly, there is no shortage of Clipping related news we can’t shut up about. On their recent Seattle visit, Clipping sat for an interview with the Sub Pop Podcast, where they discussed art, intention and believe it or not, killer conference papers [listen here].  Frontman Daveed Diggs is also the current cover star of FLOOD Magazine’s 5th issue [view here]. And late last week, Clipping delivered “Fat Fingers,” a new, anti-Trump song for 30 Songs, 30 Days campaign [listen here]. 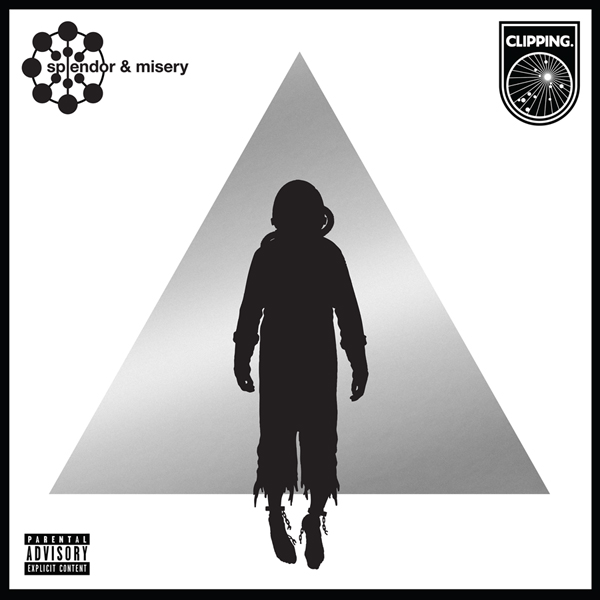 Splendor & Misery is available now on CD/LP/DL/CASS worldwide from Sub Pop [here] and Deathbomb Arc [here]. For proof that this album is actually “fire” as the kids say, see/hear: “Baby Don’t Sleep,” “A Better Place,” and “Air ‘Em Out”.  The also excellent (also pretty fire) Wriggle EP is available from Sub Pop right over here.

Sub Pop label mates (and BFFs for life) Mass Gothic and Kyle Craft toured the East Coast this past August, and the whole wild ride was documented by Co-Directors Addison Post and P. Nick Curran of Loroto Productions (who also directed Mass Gothic visuals for “Nice Night” and “Every Night You’ve Got To Save Me”). Watch the entire documentary now, right over here.

Both bands have been playing their music on the road this year; Mass Gothic in support of their self-titled debut, and Kyle Craft in support of his Sub Pop debut, ”Dolls of Highland.”

Speaking of raucous good times… The time is now for you not to miss seeing Kyle Craft and his band play live; they’re currently on tour with Drive By Truckers through the end of November. 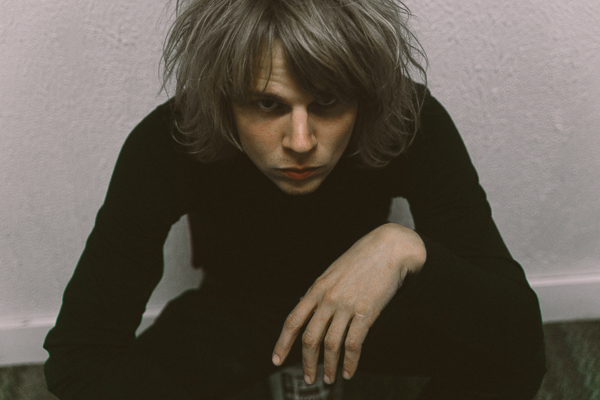 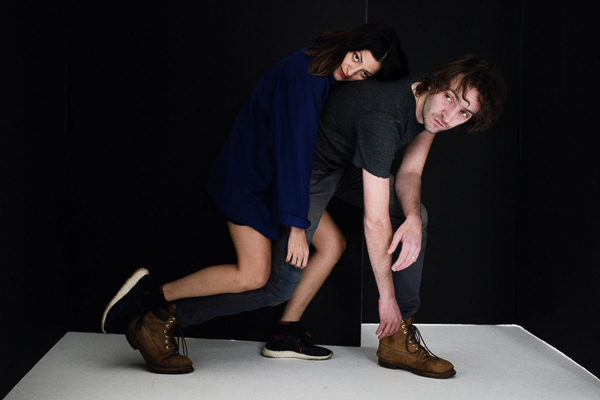 Philadelphia’s Pissed Jeans have been making gnarly noise for 13 years, and on their fifth album Why Love Now, the male-fronted quartet is taking aim at the mundane discomforts of modern life—from fetish webcams to office-supply deliveries. The album will see its worldwide release on February 24th, 2017, and we’re pretty fucking psyched about it.

Pissed Jeans’ gutter-scraped amalgamation of sludge, punk, noise, and bracing wit make the band—Matt Korvette (vocals), Brad Fry (guitar), Randy Huth (bass) and Sean McGuinness (drums)—a release valve for a world where absurdity seems in a constant battle trying to outdo itself. Why Love Now picks at the bursting seams that are barely holding 21st-century life together. Take the grinding rave-up and lead single “The Bar Is Low” [link] which, according to Korvette, is “about how every guy seems to be revealing themselves as a shithead.”

As they did on their last album, 2013’s Honeys, Pissed Jeans offer a couple of “fuck that shit type songs” about the working world, with the blistering “Worldwide Marine Asset Financial Analyst” turning unwieldy job titles into sneering punk choruses and “Have You Ever Been Furniture” waving a flag for those whose job descriptions might as well be summed up by “professionally underappreciated.”

And the startling “I’m A Man,” which comes at the album’s midpoint, finds author Lindsay Hunter (Ugly Girls) taking center stage, delivering a self-penned monologue of W.B. Mason-inspired erotica—office small talk about pens and coffee given just enough of a twist to expose its filthy underside, with Hunter adopting a grimacing menace that makes its depiction of curdled masculinity even more harrowing.

No Wave legend Lydia Lunch shacked up in Philadelphia to produce Why Love Now alongside local metal legend Arthur Rizk (Eternal Champion, Goat Semen). “I knew she wasn’t a traditional producer,” Korvette says of Lunch. “We wanted to mix it up a little bit. I like how she’s so cool and really intimidating. I didn’t know how it was going to work out. She ended up being so fucking awesome and crazy. She was super into it, constantly threatening to bend us over the bathtub. I’m not really sure what that entails, but I know she probably wasn’t joking.”

The combination of Lunch’s spiritual guidance and Rizk’s technical prowess supercharged Pissed Jeans, and the bracing Why Love Now documents them at their grimy, grinning best. While its references may be very early-21st-century, its willingness to state its case cement it as an album in line with punk’s tradition of turning norms on their heads and shaking them loose.

Why Love Now will be released on CD / LP / DL, and is available for preorder now here. LP preorders through megamart.subpop.com will receive the limited Loser Edition on lavender vinyl (while supplies last). 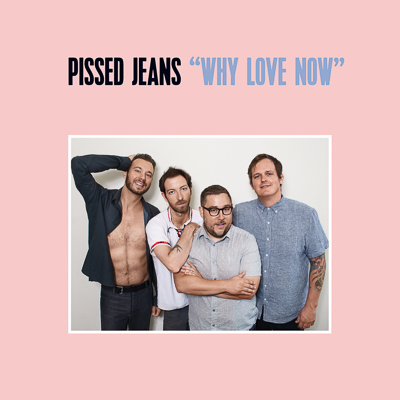 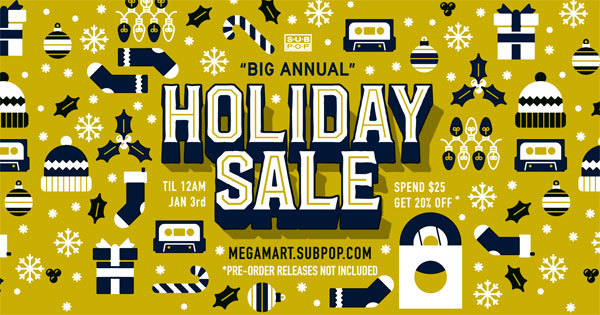 It’s that time of year again where we thank you for being the best customers imaginable in the world of music-buying peoples far and wide.

In an effort to show our unending appreciation of you, we’ll now attempt to coerce you into spending even more of your hard earned shekels with us this holiday season… by offering 20% off on all* Sub Pop Mega Mart orders over $25 starting today and going all the way ‘til 11:59 pm on January 3rd.  Believe us when we say that we’ve got some of the best midsize-indie-record-label-branded merchandise your heart can handle, and we’d really love to sell it to you and your loved ones this holiday season. Knit hats, gloves, and sweaters? We’ve got ‘em.  Things designed to make you sweat (like sweatshirts and sweatpants, gutterbrain)? We’ve got those too. Trinkets and trash? Enough for everyone! We’ve also got a slew of really exciting 2016 releases that you might have missed out on from bands like Clipping., TAD, LVL UP, Goat, Kristin Kontrol, Morgan Delt, and so much more.

All orders placed by December 19th are guaranteed to ship out before we close up shop for the year, so get your orders in early and often.  Related to this impending warehouse closure, any orders placed between December 19th and January 2nd will not ship out until after we are back in the office on January 3rd.

*All Current and future pre-orders from excellent artists like Pissed Jeans and Jesca Hoop are excluded from this 20% off sale. These items do, however, count towards reaching your $25 qualifying order total, so definitely pick those up too! 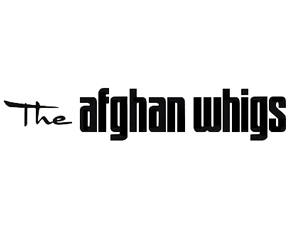 November 1, 2017 – It is with a heavy heart that The Afghan Whigs are announcing two special performances of their classic album Black Love in its entirety in New Orleans and Los Angeles along with performances from other artists. (For fans who cannot attend either show, we encourage you to donate to Dave Rosser’s medical fund here: https://www.gofundme.com/daverosser). 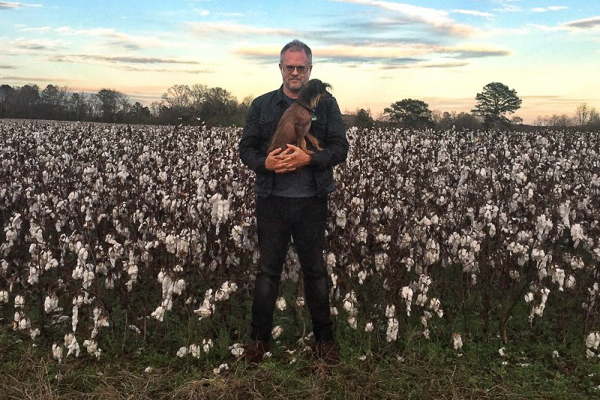 “Dave Rosser has been my close friend and bandmate for over a decade now,” Greg Dulli commented.  “By doing these shows for him we hope to ease any financial stress he may face as he pursues treatment to combat his illness.  100% of the proceeds for these shows will go to his medical care.  I’m hopeful that folks will come out and show their support for Dave who will be performing with us.”

The New Orleans show will take place at The Civic Theatre on Saturday December 10th and feature performances from: The Afghan Whigs, Mark Lanegan, Ani DiFranco, Morning 40 Federation, King James & The Special Men, and C.C. Adcock & The Lafayette Marquis along with special guests.

The Los Angeles show will take place on December 14th at The Teragram Ballroom featuring sets from: The Afghan Whigs, Mark Lanegan, Moby and Carina Round.

Tickets for both shows will go on sale this Friday, November 4th.

For fans who cannot attend either show, we encourage you to donate to Dave Rosser’s medical fund here: https://www.gofundme.com/daverosser