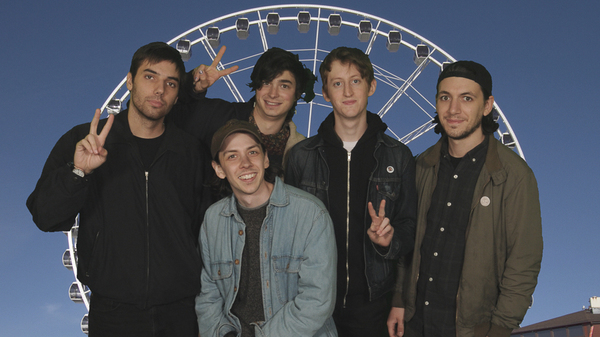 Following the release of their third LP (and Sub Pop debut) Return to Love, and countless miles logged in North America, New York’s LVL UP just announced news of their first ever live dates on “the other side” of the Atlantic, happening Spring 2017. After an appearance at Austin’s annual SXSW fest, for which they were recently announced, the band will be making their way through Europe, taking in nine different countries in the spring of 2017. (Dates below.) Tickets go on sale at 10am Weds 26th October.

Take an existential trip with LVL UP in their latest video for “The Closing Door” right over here. 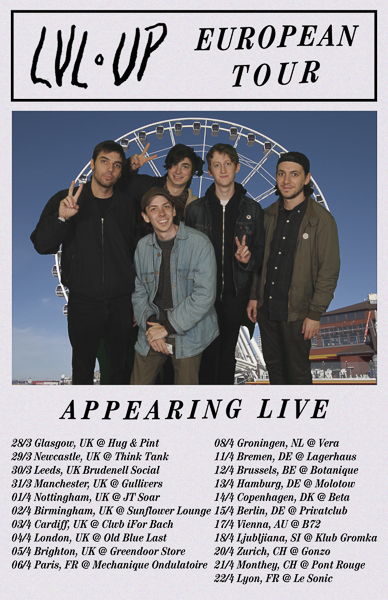 Mere months after its unforeseeably really, pretty great first season earlier this year, and in response to largely precedented levels of demand for more, the Sub Pop Podcast will return for a 10-episode second season on Wednesday, October 12th. Season Two of the Sub Pop Podcast will run weekly from October 12th through December 14th and will be available through all finer podcast distribution points.

Produced and hosted by real-life Sub Pop employees Alissa Atkins and Arwen Nicks at the label’s Seattle headquarters, the Sub Pop Podcast, of course, is where you can hear stories from inside, outside, and adjacent to Sub Pop, Seattle’s premier medium-sized record label. We focus on conversations with our artists, people who work at/with/around Sub Pop, and anyone else willing or reckless enough to talk to us. And same goes for our sibling label Hardly Art. We will continue to include, impose on, sponge off, and otherwise implicate them, as well.

In its conspicuously excellent debut season, from January 10th of this year, through to April 1st, we managed to produce and then release 11 (which, for some reason, we called 10 ½…) episodes of Sub Pop’s very first podcast. And then, between April 1 and now, we put out an additional two, interstitial, summer episodes in an effort to sustain the arguably ravenous interest of our dozens upon dozens of regular listeners. We spoke with principal members of Band of Horses, Mass Gothic, Chastity Belt, Mudhoney, Shearwater, S, King Tuff, and a whole bunch more. And, we were recognized with an Honorable Mention in the Seattle Weekly’s 2016 Readers’ Poll for local, music-based podcasts which currently exist! This sort of intoxicating recognition has us gunning for at least second runner-up next year. The entirety of this first season, and our summer episodes remain available everywhere now.

In the upcoming second season, unrelated to any outstanding debts or lost bets, we managed to convince an impressive array of folks to talk with us. Here we are referring to such celebrated figures from the wide world of entertainment as: Alex and Victoria from Beach House, Sam Beam from Iron and Wine, Tad from TAD, Benjamin Gibbard from both Death Cab for Cutie and The Postal Service, Kathleen Hanna, Father John Misty, Jonah Ray, members of CSS and Clipping, our boss and benefactor Jonathan Poneman (More than once! He’s the boss!), plus, reliably, “more.” We also took the Sub Pop Podcast on the road, with trips to both Poland and Portland, and down to the Sub Pop store at Sea-Tac Airport.

In the spirit of tell and show, you can listen to a trailer for the Sub Pop Podcast, Season Two (and, again, every previous episode) at subpop.fm RIGHT NOW. If you like what you hear, you can subscribe (in iTunes or anything) right now, too. The first episode of the new season will be available Wednesday, October 12, and new episodes will be delivered weekly until December 14, 2016.

Now for your viewing pleasure, we present the official video for “Union of Mind and Soul” by Goat. The visual trip is an alternate-vocal version of “Union of Sun and Moon,” the first track off Goat’s upcoming album, Requiem, which is out tomorrow, Oct 7th. According to directors Christofer Hogberg and Henrik Nyblom, the video for “Union of Mind and Soul” is a “coming of age flick from a different angle. A day in a life of a lone-rider young girl who created her universe.”

“Union of Mind and Soul” is available through all manner of digital music acquisition services, and is included in the digital download that comes with the vinyl LP of Requiem. North American fans can (and should) purchase the album on CD / 2xLP / DL / CASS from your local independent retailer, and also here. (via Stranded Rekords in Nordic countries, and Rocket Recordings in the rest of the world.)

Goat will be touring Europe throughout the fall, with more dates to follow. (Current schedule is below.) The band’s live show is legendary, and “…A psychedelic rock ritual of rhythm, motion, hypnotic repetition, and ecstatic drive.” according to the New York Times. 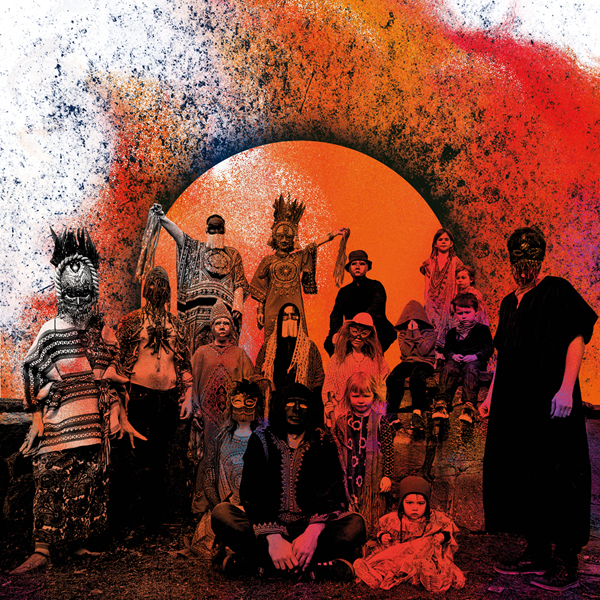 Requiem finds Swedish psych explorers Goat focusing more on their subdued, bucolic ritualism than psilocybin freakouts. (Stream Requiem here.) A clear folk-rock influence pervades the album, with stand-out tracks “Alarms,” “Try My Robe,” and “Union of Sun and Moon.”  But Goat hasn’t foregone their fiery charms—tracks like “All-Seeing Eye” and “Goatfuzz” conjure the sultry pulsations that ensnared us on 2012’s World Music and 2014’s Commune. Requiem is available via Sub Pop Records in North America, Stranded Rekords in Nordic countries, and Rocket Recordings in the rest of the world.

As previously mentioned here on this very blog, the Sub Pop Podcast makes its (we really hope) triumphant return for a 10-episode second season TODAY aka mere months after its unforeseeably really, pretty great first season earlier this year, and in response to largely precedented levels of demand for more.

Enter Episode 1 of Season 2, wherein we learn all about the Sub Pop Airport Store at Sea-Tac Airport. Hear from employees of the store, employees of the company who don’t (usually) work at the store (including, in an exclusive first-time-ever appearance, leader and co-founder of Sub Pop, Jonathan Poneman!), and random airport store customers (randomly including Stacey Rozich, friend of the label and excellent artist!).

Season Two of the Sub Pop Podcast will run weekly from October 12th through December 14th and will be available through all finer podcast distribution points. Here are two ways to subscribe:

In case you missed it, you can listen to the trailer for Season Two (and, again, every previous episode) at subpop.fm RIGHT NOW. If you like what you hear, you can subscribe (in iTunes or anything) right now, too. We might (and do) encourage you to sign up for the podcast mailing list; New episodes will be delivered weekly until December 14, 2016.

Also why not send us your thoughts and feelings here? podcast@subpop.com. 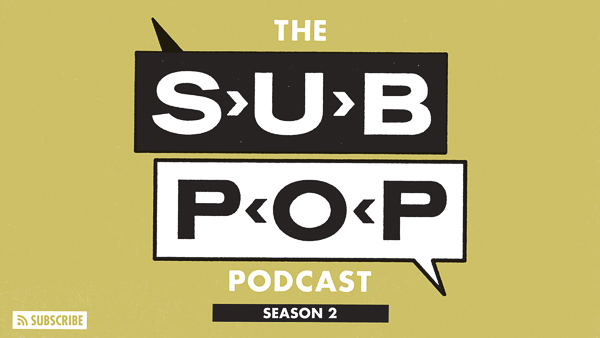 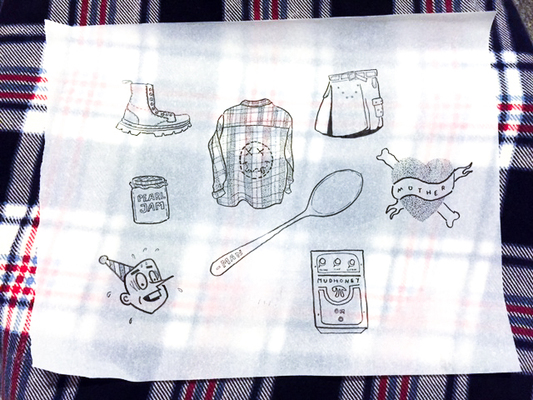 It feels like a grunge holiday with all of our cassettes, flannel, and Pearl Jam on display, as the Temple of the Dog reunion/first ever official tour nears. This spirit isn’t limited to the confines of the Sub Pop Store at SeaTac, with the Pearl Jam Poster Exhibit in the A Gates still going strong and Jonathan Poneman’s voice purring from the airport loudspeakers. The festive atmosphere has me so worked up that I am moved to finally release my grunge-themed (stick and poke) tattoo flash sheet to the world.

Next month, starting November 4, the Temple of the Dog tour starts in Philadelphia and spans New York, San Francisco, and Los Angeles before concluding where it all began, here in Seattle. In order to best draw attention to ourselves (while still promoting the tour) I’m pulling out the 21st century version of a business card, the “hashtag,” to help get everyone as excited about this tour as I am. I’ve done my best to use the following hashtags to welcome you all into our big old, grungy, Sub Pop Jamily:

Temple of the Dog was a tribute band organized by #Soundgarden lead singer, Chris Cornell, to honor Andrew Wood, the lead singer of #MotherLoveBone, following his heroin overdose. Several of the surviving members of the band, along with guest vocalist, Eddie Vedder, went on to form Pearl Jam and came to Sub Pop with their first single. We opted to pass and have been kicking ourselves with #DocMartens ever since.

Now with #Flannel ! We finally have our collaboration with Altamont Apparel in store! Denim jackets, flannel and skate decks while supplies lasts!

It is impossible to overstate how much easier it is to draw/visualize #PearlJam than a dog temple.

For everyone who saw Braveheart but couldn’t say goodbye to pockets.

In 2013, Seattle favorites #Mudhoney played an entire set on top of the Space Needle. Mark Arm, our fearless warehouse manager, is a friend and former bandmate (in Green River: Ride the Fucking Sixpack!) of Jeff Ament and Stone Gossard of #TempleoftheDog.

Our receptionist and artist extraordinaire, Derek Erdman, does an excellent rendition of Soundgarden’s #Spoonman at Karaoke.

Follow #Punky to the Sub Pop Mega Mart for all of your Sub Pop needs!

Also please enjoy this video from the magical internet: 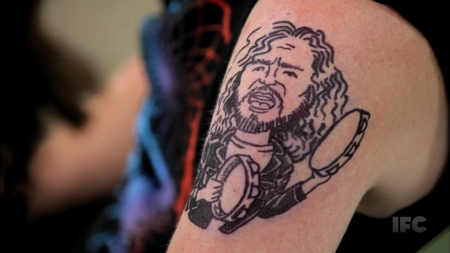 Join our/Sleater-Kinney’s very own, Carrie Brownstein, as she grapples with the age-old question: How much Pearl Jam is too much?

As Chief Jammer at the Seatac Sub Pop Store, I don’t think there is such a thing. Come in and visit us and we’ll let you decide! 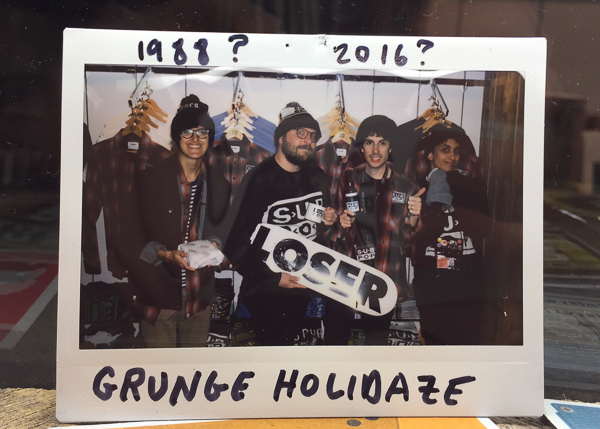