Hold on to yer butts: METZ have shared their official video for “Spit You Out”, a standout from II, their acclaimed 2015 album. This thrilling, frenetic video, directed by the band and edited by Scott Cudmore (“The Swimmer,” “Wasted,” “Wet Blanket”), features effects-laden live footage and presents a visceral representation of the band’s sound and deft power in performance.

Noisey calls “Spit You Out” “a menacing track off of II that pits hypnotic noise punk against the grungey godheads of the Pacific Northwest” (see December 7th premiere).

Get Yer METZ:
METZ II is now available for purchase through the Sub Pop Mega Mart, iTunes, Amazon, and Bandcamp.

METZ “Eraser” b/w “Pure Auto” single, will be available January 22nd, 2016 on 7” vinyl from Three One G and digitally from Sub Pop.  The “Eraser” / “Pure Auto” single will come pressed on both green and white colored vinyl and each run is limited to 1,000 copies. It’s now available for preorder through Three One G and the Sub Pop Mega Mart (while supplies last). The single will also be available digitally through megamart.subpop.com, iTunes, and Amazon.

And because you always need more METZ: “Can’t Understand,” their contribution to the 2013 installment of the Adult Swim Singles Series, and is now available to purchase via Sub Pop Mega Mart, iTunes, and Amazon. 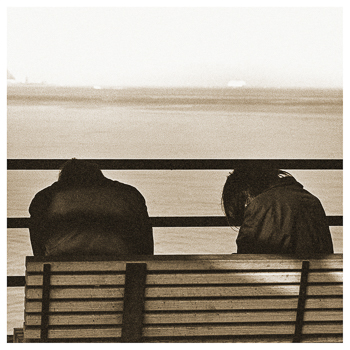 METZ II has earned acclaim from the likes of Entertainment Weekly, Rolling Stone, The AV Club, SPIN, Treble, and more. IIscored the band its highest chart position in the U.S. to date, entering at #98 / Billboard Top 200.  In Canada, the album debuted at #27 on the Top 200 albums chart. II also peaked at #8 on theCMJ Top 200 chart.

What people are saying about METZ II:
“Metz colors outside the lines—obliterates them, really.”  - New York Times

“The record twitches with the flying-off-the-rails urgency of the band’s live shows as Metz sandblasts the industrial precision of their first album into a nastier, more shambolic attack.” - Rolling Stone

“These mild-looking Canadians revive the golden age of early Nirvana and ’90s grunge with 10 walloping noise-rockers—but there are surprising hooks amid all the Sturm und Drang.” -Entertainment Weekly

“The record is all killer, no filler.” - AV Club