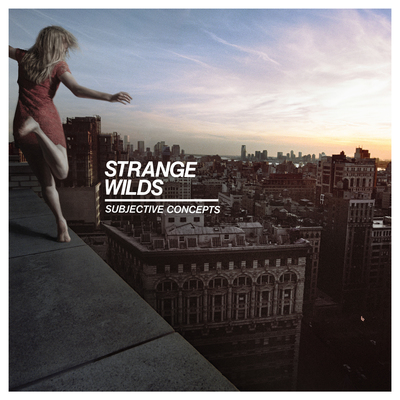 The wise and kind folks at the AV Club are now streaming the full album by Northwest rippers Strange Wilds here. Enrich your life by giving the album a listen, then preorder it at the Sub Pop Megamart. And, for those of you lucky enough to be in the great Northwest this Friday, go see them play a free, all-ages in-store at Seattle’s Everyday Music, then catch them again at Capitol Hill Block Party. Trust us, it will be worth both your time and your money. 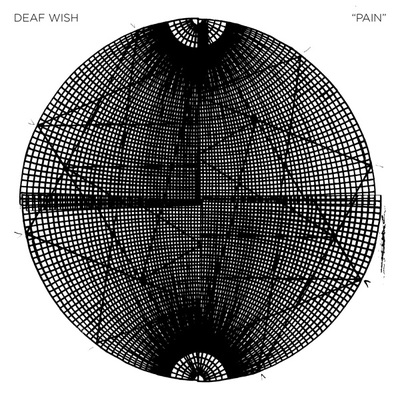 You can now listen to Deaf Wish’s Pain in its entirety via SPIN.  The band’s first album on Sub Pop Records releases worldwide next ween on August 7th.
Pain is available for preorder from Sub Pop Mega Mart, iTunes, Amazon, and Bandcamp.  Why preorder, you ask?  All LP preorders from megamart.subpop.com will receive the limited Loser edition on clear, black marbled vinyl (while supplies last), and you may (or may not be) surprised to hear… there’s also a t-shirt for that.
SPIN had this to say of the album, “The group debuted on Sub Pop last October with their four-track EP St. Vincent’s, a short, dissonant introduction to the band for the wider public. With the release of their first LP for the label, Pain, it’s safe to say that the Australian foursome has since abandoned that initial mission, proving through nauseous instrumentation and chiming vocals that they have something worth sticking around for. Songs off Pain play with the whole spectrum of anxious indie rock. Some are small ruptures of electrified rage (“Newness Again,” “Eyes Closed”) while others are more mellow and melodic (“Sunset’s Fool,” “On”). All four members take turns on vocals, and each offers a hypnotically haunting aura no matter if they’re screaming or taking it easier on their vocal cords (see album premiere July 30th)”

Lee Bains III & The Glory Fires’ new 7” single “Sweet Disorder!” b/w “Stars” is available at this very moment, so go ahead and bring some sweet Southern rock into your life.  Have a listen to the track below, and acquire this fine record for your collection.

Both tracks are new and previously unreleased. The 7” single is available for purchase now via the Sub Pop Mega Mart and iTunes.

Lee Bains III has this to say about the new single:
“The song “Sweet Disorder!” is about disrupting systems that have proven to fall short of, if not completely undermine, their purported missions (e.g., criminal justice, mental health, the church, language) for the sake of realigning them with those missions. The song developed out of months spent revisiting the Objectivist poets, binging on early Clash albums, and observing the Atlanta actions surrounding the deaths of Michael Brown, Eric Garner and other unarmed people of color. The song is the first completed work in a group of songs, tentatively titled Juvenile Detention, aimed at investigating questions of socialization, youth, identity, law, privilege, religion, culture, place, causality and memory.”

The song “Stars” was originally performed by the Birmingham band Primitons, and was released on their self-titled, Mitch Easter-produced 1982 masterpiece EP. The song is a result of the powerful songwriting team of non-performing lyricist Stephanie Truelove Wright and singer/tunesmith Mats Roden – an original pillar of our city’s punk/independent scene, a pioneering openly gay hometown musician, a gentle, self-deprecating soul, and a brilliant songwriter and bandleader who managed to craft melodies out of whimsy and nostalgia, sweetness and fire, sophistication and trash in such a way that could only have taken shape on the Southside of Birmingham. Mats passed away in 2014, and this record is dedicated to his memory and to his songs.”