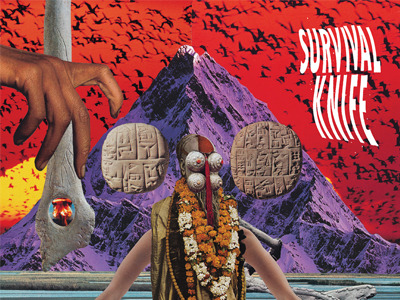 After being too-long out of print on LP, we reissued The Thermals first three LPs, More Parts Per Million, Fuckin’ A, and The Body, The Blood, The Machine, this week on glorious colored vinyl. We’ve also released unto the world Survival Knife’s debut 7". They’re from Olympia, Washington’s and feature two members of Northwest legends Unwound. If that pedigree and this seven inch are any indication (and it stands to reason that they are), this band’s going to continue to make remarkable music.

Pick up The Thermals reissues