While Kelley Stoltz’s nigh-religious reverence for all things Beatles, Beach Boys and Kinks has been at the fore on recent albums Below the Branches and Circular Sounds, his new album, To Dreamers, blends a bit more post-punk abandon into its layered everyman pop. Tasteful horn adornments blow against tom-tom beats and 12-string guitars meet reverbed mellotrons, under Stoltz’s warm vocals.

The album begins with “Rock & Roll with Me,” a big beat electric invitation that fades into the melodic stirrings of “Pinecone,” a gently moving Pacific breeze. Later, the deceptively ethereal pluck of “Ventriloquist” is coupled with heavy lyrics, “Seems like there’s no one at all who’s speaking for me.” The motorik elan of “Keeping the Flame” and the electric whirring of “Little Girl” offer new moods, and it’s clear that To Dreamers has maintained the kaleidoscopic core of sounds heard on Kelley’s previous records, while making inroads into new sonic terrains.

As on prior albums, Kelley plays most of the instruments heard on To Dreamers himself, though two of the songs here were recorded by Kelley and his band live in the studio. One of these is a cover version of the ’60s nugget “Baby I Got News for You,” by “Big Boy” Pete Miller, who performs on the recording, dusting off the very valve amps and guitar used on the 1965 original, to add vocals and fuzz.

Kelley, now a veritable godfather to the burgeoning San Francisco under/over-ground (folks like Thee Oh Sees, Sonny & the Sunsets, The Fresh & Onlys), has blazed a path since the late ’90s as a home-recording guru and multi-instrumentalist.

No slouch on the live front, he was asked to open the Raconteurs first US tour in 2006, toured the USA and Europe with the Dirtbombs in 2008, and through a twist of volcano ash-cloud karma, was the support act to childhood heroes Echo and the Bunnymen, in 2010. His songs have been used for international ad campaigns for Volvo and Marriott Hotels, as well as in television and movies.

I would wager that the entire reason behind music itself is to dream. From the young kid strumming a tennis racket along with the Ramones, to the box seats at the opera, the goal is the same. What music does and should do is allow us to lose ourselves and be transported, to find the mystical land where milk and honey meets Xanadu. See where you go with this new Kelley Stoltz record—an album of tunes oddly familiar and yet surprising, like a dream itself. 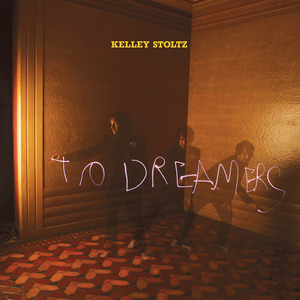 Kelley Stoltz Baby I've Got News For You 7 inch